How businesses are using crowdfunding in their CSR strategy: The evolving relationship between platforms and corporates 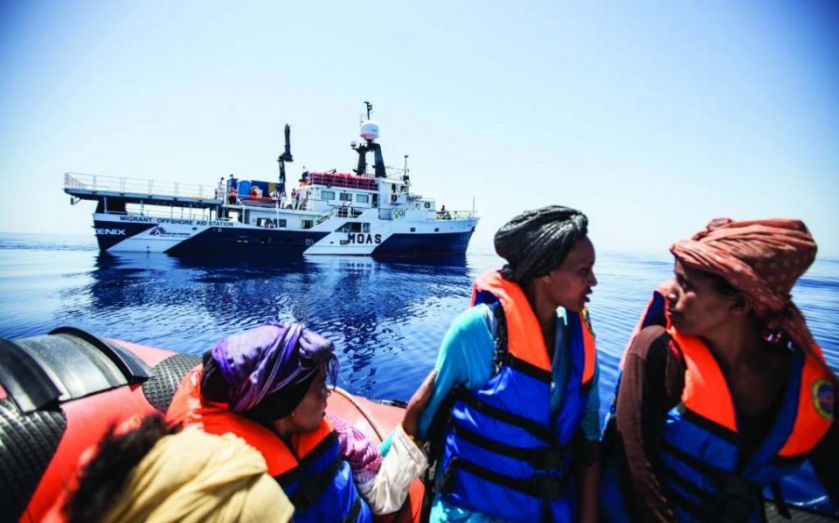 Crowdfunding has democratised investing and made it more efficient. But the landscape has evolved significantly. Once dominated by platforms simply enabling people to make donations to causes, debt-based crowdfunding is now by far the largest subsector, and fashionable equity gets a lot of airtime. But despite less exposure these days, the original donation-based crowdfunding is advancing too. One of the most interesting developments is the growing relationship between crowdfunding and corporate social responsibility (CSR).
It’s still a tiny market, but growing numbers of businesses are considering crowdfunding in their CSR strategy. Crowdfunding “definitely offers a viable alternative” for companies looking to further their CSR,” says Peter Baeck, principal researcher at Nesta. Platforms enable firms to leverage the cash they’ve got and give in a more efficient way, he says. The fact that they are in direct contact with projects adds to this.

In its most basic iteration, crowdfunding allows a business to donate to a project via a platform. Go on German-based Betterplace.org’s website, for instance, and you’ll see firms getting in behind MOAS – a private rescue operation for migrants in unsafe vessels in the Mediterranean.
Arguably the most well-known connecter of companies and projects is Give Directly. Founded way back in 2000, since its inception, it has raised over £2.1bn for charities, via individuals and businesses. And it also has a crowdfunding arm, which enables giving to be targeted at particular projects (rather than charities). In 2011, it launched a specific company fundraising product. Since then over 1,000 companies worldwide have donated £30m.
Platforms and white label product providers are growing to match demand. Companies can turn to software providers like CrowdEngine to have a customised platform built, and platforms like Betterplace.org, Crowdfunder and Bloom Venture Catalysts enable corporates to make their CSR programmes more participative by partnering with them to create a bespoke platform.
The increasing popularity of match-funding among corporates, the practice of selecting projects they would like to support and, instead of donating, agreeing to double donations made by others, shows how products are developing to suit project and businesses alike.
Read more: These are the most influential people in alternative finance

And crowdfunding has attracted a handful of big names over the past few years. Back in 2011, Gap used platform Global Giving to raise money after the Japanese earthquake. The company pulled its brand weight and sold t-shirts, donating 100 per cent of revenues. The “gap community” (customers and employees) raised over $700,000.
This example (Global Giving has also worked with Pepsi and Hilton Worldwide) demonstrates how large firms’ CSR can enable and encourage engagement from members of the public, rather than just engaging those within the company. “Crowdfunding gives corporates the opportunity to participate alongside the crowd… they gain huge exposure within communities, supporting the projects that are important to them, alongside positive PR and marketing opportunities,” says Phil Geraghty, managing director of Crowdfunder.
And this points to a crucial change that crowdfunding is facilitating: the nature of giving. Ask platforms about corporate interests now, and one word crops up again and again: “local”. “We are seeing more companies wanting to support local causes,” says Isabel Sanchez, head of corporate partnerships at JustGiving. Hamburger Sparkasse, a regional savings bank in Germany, recently partnered with Betterplace to set up a mini donations platform solely to raise money for local initiatives in Hamburg. And Sanchez gives the example of coffee shop Harris + Hoole, which has made crowdfunding integral to its CSR: every branch has to support at least two local causes a year, with a Just Giving partnership enabling donations.
Sanchez illustrates the corporate shift towards crowdfunding by highlighting how supermarkets, which support charities as part of their national strategy, are increasingly offering a physical manifestation of crowdfunding at a local level: think of the green Waitrose tokens you “donate” to a project operating in the vicinity of a given store.

But there are caveats. The trouble is, says Amanda Boyle, founder and chief executive of Bloom, which has worked with the likes of Dell, that corporates already know what they’re doing when it comes to CSR – it’s a very established market. Crowdfunding might offer a more efficient, democratic way of doing things, but that may not be incentive enough to strike out. It’s also not difficult to understand, she adds, that “crowdfunding can be a leap too far for people used to conventions and established structures”. This is confirmed by Geraghty, who says that, while “smaller businesses tend to understand the importance of supporting the communities they serve more… Corporates have been slow on the uptake”.
Recently, Axa Insurance created a campaign on Crowdfunder to match-fund road safety projects across Britain. Speaking at the launch, Axa’s James Barclay commented on how the raise was a “natural progression of our road safety campaign”. And this of course raises another question: one of vested interests. Will projects which used to be led by the crowd end up being vassals of big companies? But Boyle thinks this is overplayed. “Working with corporates brings the paternalistic figure of the brand; it’s the crowd which brings the democracy… but spreading its message does give the company something to focus on, and that’s no bad thing.”
The number of different platform models will increase significantly in the next three years, as more companies demand more products, says Sanchez. And it’s likely that this will do the opposite of increasing the corporate hold: “CSR engagement is a very mature market, so I think it will start to become more grassroots, with employees getting more involved in decisions on projects to support”. Geraghty goes further: “the model of the future is all about following the trends of the crowd. This is already happening; they’re showing what they want funded… we feel this is where the corporates should be looking to further their CSR.”