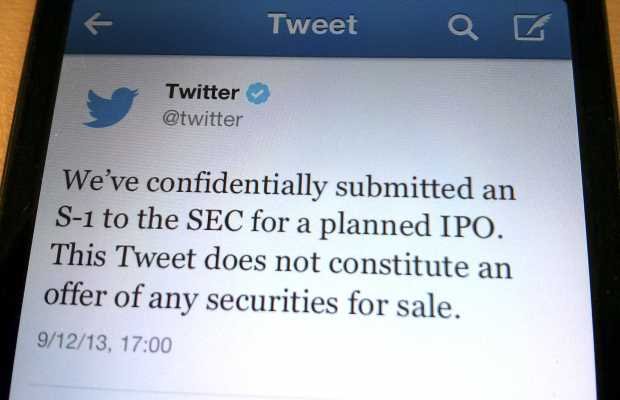 Spreadbetters ETX Capital have set up a greymarket to price the float of social media company Twitter, with a current spread suggesting a valuation of between $10.5bn (£6.6bn) and $11.5bn (£7.3bn).

Twitter is just seven years old, and already set to float for more than twice the value of 497 year old Royal Mail, illustrating a stark contrast between communications firms old and new.

This is the most hotly anticipated IPO since Facebook last year but the market may be a little more wary with Twitter after the troubles that followed Facebook’s debut on the stock market. The valuation compared to Facebook however, is far more attractive with private investors valuing the online social networking service at $10billion.

Speculation however suggests it could be north of that figure, up to $14billion. No price given yet; Twitter can stay quiet for 21 days after this announcement. The online social networking giant is taking advantage of the Jobs Act in the US signed by President Obama last year which intends to spur more companies to list on the market, but more specifically, companies generating less than $1billion who can keep quiet until three weeks before the investor roadshow.

To those who still oppose the privatisation of Britain’s legacy postal service, Twitter’s ability to upstage it even on a day like yesterday ought to be a wake-up call. The Royal Mail’s state ownership now looks like a historical aberration, an archaic, almost quaint relic of a long-forgotten pre-digital world.