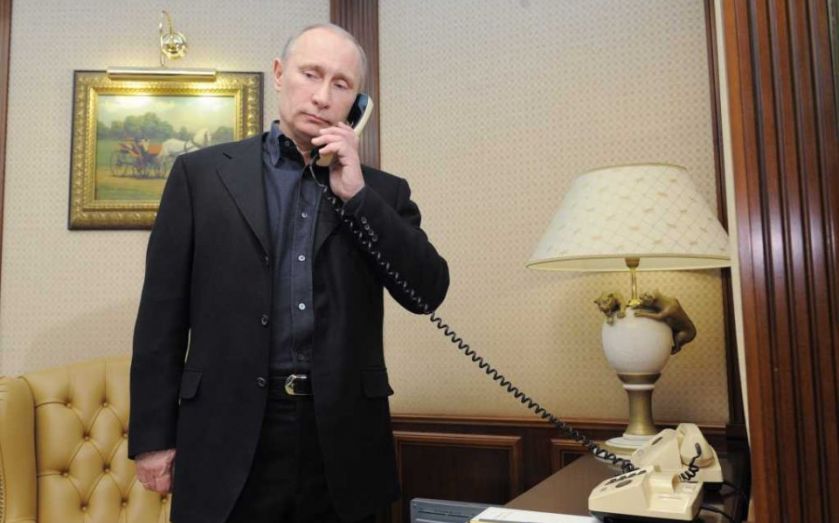 Greece last night played a new card in the tense stand-off with its creditors and turned to Russia for help, reigniting fears the country could break EU sanctions over Ukraine.

Greek Prime Minister Alexis Tsipras said the austerity measures leveled at his country were “absurd.” He said the Eurozone and the IMF – Greece’s creditors – were sabotaging any hopes of  deal to give Greece the €7.2bn (£5.2bn) bailout loans it sorely needs.

This has led Tsipras to agree to meet Putin on 18 June, in a move guaranteed to raise the temperature of discussions. New fears are now growing the Greece could abandon the agreed line on sanctions imposed on Russia over the Ukraine conflict, in exchange for funds. Greece is hoping to gain €5bn from Russia for allowing its territory to be used for a hub for a new Russian gas pipeline.

The creditors’ proposals are unrealistic and a step backwards in negotiations.

The Greek government cannot agree to irrational proposals. The Greek people should be proud because the government is not going to give in to absurd proposals.

Yesterday Greece announced it would pay the IMF all the money it owed in June, but in one lump rather than separately, a move that raised eyebrows. It had been scheduled to pay £300m on Friday.

Reports from Athens suggest a situation that is frustratingly susceptible to change – ‘guarantees’ of solutions often evaporate.