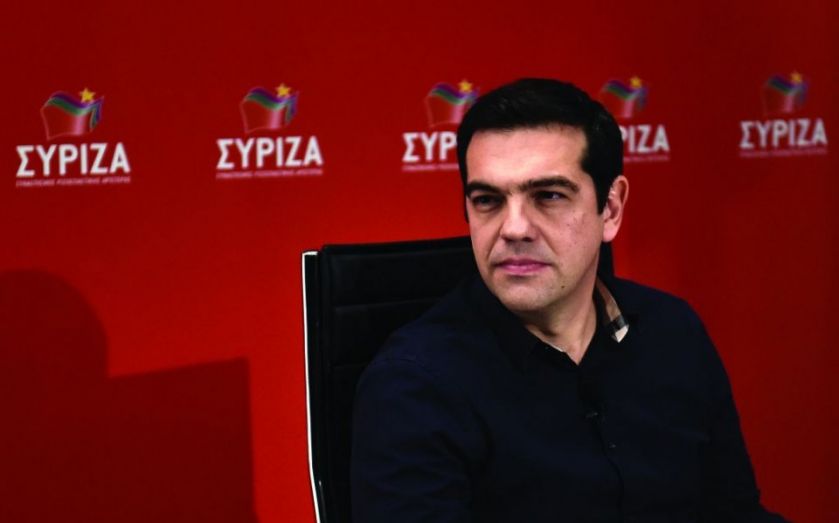 Expect a game of chicken between the far-left regime and its lenders.

In five days the Greeks go to the polls, and the far-left Syriza party is forecast to win power – if not with an outright majority, then with a little help from like-minded candidates.

The party, led by Alexis Tsipras, (above) has wooed voters with the promise of a €12bn (£9bn) spending splurge and a demand for the country’s debts to be renegotiated with its troika of lenders – the European Central Bank, the European Commission and the International Monetary Fund.

Unsurprisingly, after heavy belt-tightening under Greece’s bailout programme, it’s a vote winner. Syriza is expected to take just under half of the seats in Greece’s 300-seat parliament.

But it also sets Greece on a collision course with its lenders – almost daring Eurozone leaders to force a Greek exit, or “Grexit”, from the euro.

So can Greece – led by Syriza – have it all its own way? Morgan Stanley thinks not. In a note yesterday, economists called Syriza’s ambition to stay in the euro, gain power and undo the bailout programme an “impossible trinity” (see below) and said one of the three would have to give.

“Because Greece needs a precautionary credit line to facilitate market access, given its funding gap, a compromise between the Troika and the next Greek leadership is likely – especially given prospects of soft [restructuring of official sector loans]. but, on a three-six month view, the process looks far from smooth.”

Specifically, Morgan Stanley puts odds on how this Eurozone-wide game of chicken will play out. The most promising case, with a likelihood of 55 per cent, is a “euro stay”, where Greece reaches a compromise on debt terms and goes back into a funding programme. A “euro staycation”, with a 20 per cent likelihood, would involve no initial agreement, Greece’s suspension from the Eurozone and capital controls. The third option, given a 25 per cent chance, would see a “euro exit”, significantly reducing Greece’s GDP, but also hurting the Eurozone.

The problem is not so much that Greece wants to exit the euro – recent polls show as much as 75 per cent of the country wants to stay within the single currency – but that Syriza could be backed into a corner.

Professor Kevin Featherstone, of the London School of Economics, said bluntly: “The risk of a Grexit doesn’t stem from intentions – on either the Greek or the European side – but from mistakes by either side in an intense period of ‘poker’ eyeballing.”

Diego Iscaro, analyst at IHS Global Insight, said: “There is going to be high uncertainty. Syriza is expected to get the most votes but we could be waiting until late February or early March for a second round of elections if they can’t form a coalition.

“The big question is whether Syriza would change their policy – and perhaps pay a high political price – or stick to their guns with their economic proposals – which are unlikely to be accepted by the Troika – and come away without a deal.”

Iscaro, who believes there is a 30 per cent chance of a Grexit, added: “They will have to be flexible. They may get some leeway in terms of lower interest rates or an extension on maturity dates, but they’re unlikely to get a cut in nominal terms, otherwise Portugal and Ireland would line up for it too.”

European leaders’ resolve will be tested even further this week, with the European Central Bank widely expected to announce quantitative easing on Thursday – despite strong German opposition and a question mark over buying Greek sovereign bonds.

With the stakes so high, Morgan Stanley concluded: “The key decision may be on the continuation of the current waiver for the collateral that the Greek banks post at the ECB, which expires in March. This needs the extension of the EFSF [bailout] programme until the end of February and the existence of an IMF programme, but also a successful conclusion of the current Troika review and a follow-up arrangement between the Greek authorities and the official lenders.”

By any reckoning, that’s a lot of “ifs”.