An International Monetary Fund (IMF) official has said the Greek debt negotiations have stepped up a gear recently – and there's hope for a positive outcome as the prospect of a default draws closer.

"There has been a little bit more impetus in the negotiations between the three institutions and the Greek government for several days," the IMF's Poul Thomsen, the director of the IMF's European department and head of its programme with Greece, told German business newspaper Handelsblatt today.

"That's a good development and gives us reason to hope."

Greece's government is working on a list of economic reforms in order to unlock a €7.2bn tranche of cash. While it was elected on a mandate of ending the country's austerity programme, its creditors want it to commit to certain economic reforms before it can receive the much-needed cash injection.

It will have to pay €200m to the IMF on 1 May followed €770m on 12 May – meaning Greece could face a choice between repaying these or government salaries and pensions according to Reuters.

Thomsen said he thought the Greek government's finances will last until June.

His comments come against a backdrop of increased nervousness over a possible Greek default.

This has caused yields on Greek bonds to soar recently. Because bond yields move inversely to prices – increased risk means investors are prepared to pay less, depressing prices and causing yields to spike. 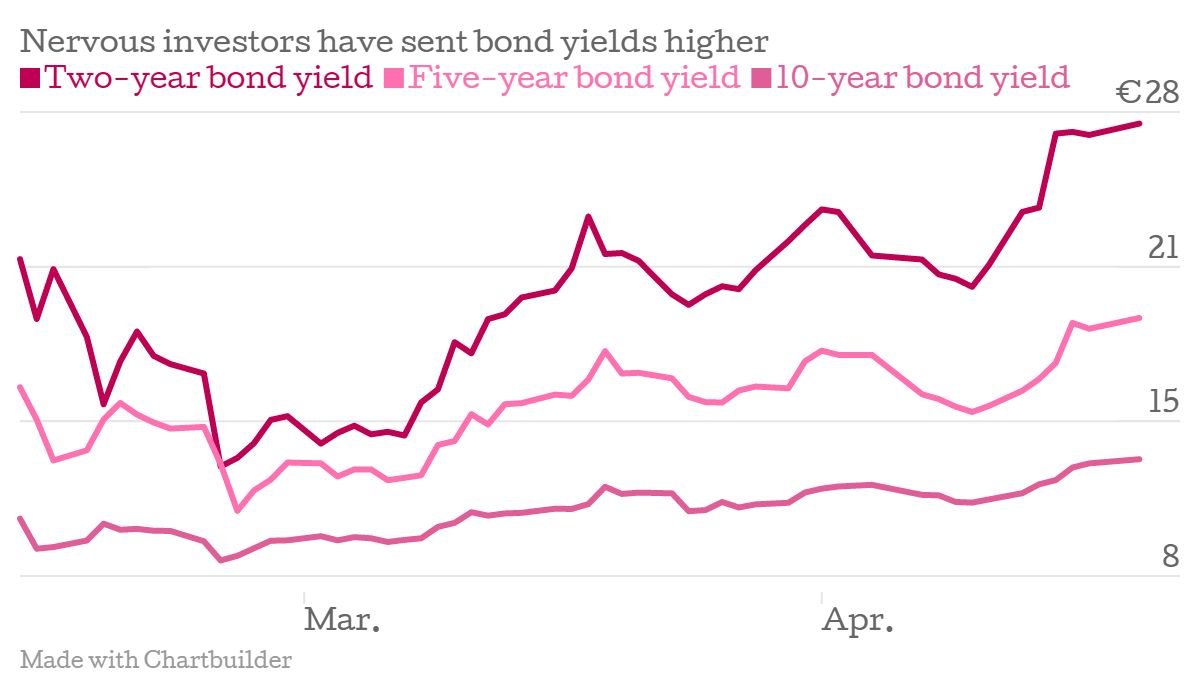 "Anyone who toys with the idea of cutting bits of the Eurozone [while] hoping the rest will survive is playing with fire," he told La Sexta, a Spanish TV channel, in an interview recorded 10 days ago.

"Some claim the rest of Europe has been ring-fenced from Greece and that the ECB has tools at its disposal to amputate Greece, if need be, cauterize the wound and allow the rest of [the] Eurozone to carry on."

"I very much doubt that is the case. Not just because of Greece but for any part of the union."

"Once the idea enters people's minds that monetary union is not forever, speculation begins … who's next? That question is the solvent of any monetary union. Sooner or later it's going to start raising interest rates, political tensions, capital flight."

Here's a quick look at its upcoming deadlines: