Greece crisis: After six months in power Alexis Tsipras' Syriza government has left the country with a veritable Mount Olympus to climb 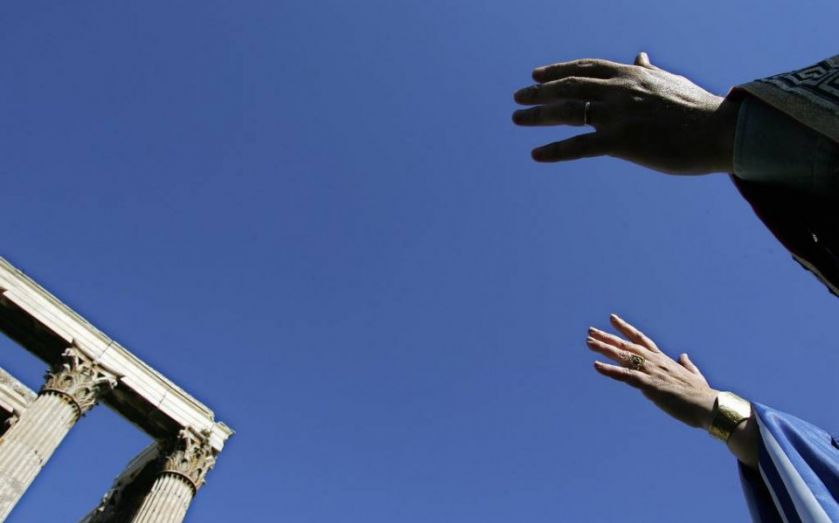 Alexis Tsipras’ six-month old left-wing Syriza government has put the country through a breath-taking roller-coaster of ideological hysteria, politico-economic gambles, and farcical constitutional experiments.
Now it faces a rockier path ahead than the one it inherited.
Perversely, at the time they lost power, the previous government was beginning to boast financial indicators pointing to glimpses of recovery, and growth rates and foreign direct investment on a modest upturn. Putting people first and numbers second may have engendered many a media debate but it scarcely troubled international financiers.
Meanwhile the living conditions of many in Greece has plummeted: at its worst, they were queuing daily in the stifling July heat at the ATMs for the maximum €60, in the constant fear that banks would collapse altogether, their few assets would be seized, wages would not be paid.
A third bailout plan has been agreed, but it's much harsher than the plan the Greek government walked out of and called the referendum on.
Although the much-resisted VAT increases in the tourist industry will be phased in more gradually on the islands, pension cuts, taxes, and reform targets are much more stringent and a significant volume of government assets have been pooled in a fund to be managed by the Eurozone. This makes a mockery of practically all Syriza's pre-election pledges of anti-austerity and sovereignty.
So how is its six-month record stacking up?
Syriza ambitiously promised much in taking on the ills of the liberal democratic system, challenging its foundations and, perhaps, usher in a broader wave of global financial rethinking. Lacking a consistent and articulate narrative and some semblance of assumption of responsibility, these ambitions proved delusional.
There were highs of hope and national fervour in Greece before and during this six-month adventure, but although the PM still enjoys, bizarrely, high approval ratings for ‘having tried’, the prevailing mix of sentiments is one of resignation, anger, and betrayal, and a lingering incomprehension of “why the world is against us”.
From an economic viewpoint, the country is in a considerably worse state than it was six months ago. One only has to look at bond yields to see that.
Capital controls are likely to stay in place for a long while, and as people’s earnings dwindle consumer spending is unlikely to pick up for a long time to come.
Bad press, instability and lack of confidence in Greek markets and institutions is unlikely to return in a hurry, with investor activity having ground to a halt since picking up in 2014.  Property taxes are sky-high and sales and lettings are stagnant, as residential and commercial properties lie empty.
From a social point of view, deteriorating standards during the years of austerity, have been sharply exacerbated, reaching humanitarian crisis levels. Record high levels of unemployment, an all-but-collapsed national health system, a rise in poverty, sickness, drug use, crime and suicide rates have accelerated amidst the recent anguish and uncertainty.
On top of that relations with other European nations and international institutions hit an all-time low in the recent crisis, and confidence and good will be slow to rebuild.
Then there are the internal rebels Tsipras is having to calm.
Syriza's performance has had reverberations across other European countries’ political systems too. Public support for its Spanish sister-party Podemos is declining after earlier gains, and the party has shown signs of trying to now distance itself from its Greek counterpart to keep its own brand potent. Aspirations by similarly-minded political parties in other European countries have also back-tracked.
Almost everyone agrees that the Greek debt is not sustainable, from EU and IMF officials to politicians, economists and pundits, inside and outside Greece. The difference of opinion lies
in what to do about it and on who will shoulder the losses.
IMF boss Christine Lagarde insists on fiscal programmes that are realistic and sustainable, a combination of sufficient financing and structural measures to open up the Greek economy, as well as debt restructuring, indicating perhaps that the goals set have indeed been too high.
If the latter is achieved, the Syriza government may be belatedly awarded some credit for having pushed the point doggedly risking suicide before finally reneging.
For now, the only conclusion possible must be that the price the experiment exacted was, on balance, far too high, ill-judged and unjustified, leaving the country with a veritable Mount Olympus to climb.
Share:
Tags: Expert Voices Greek debt crisis