Graduate jobs: The best and worst cities to find a graduate job in the UK - Cambridge, Guildford and Reading are top spots, but London fails to make the grade 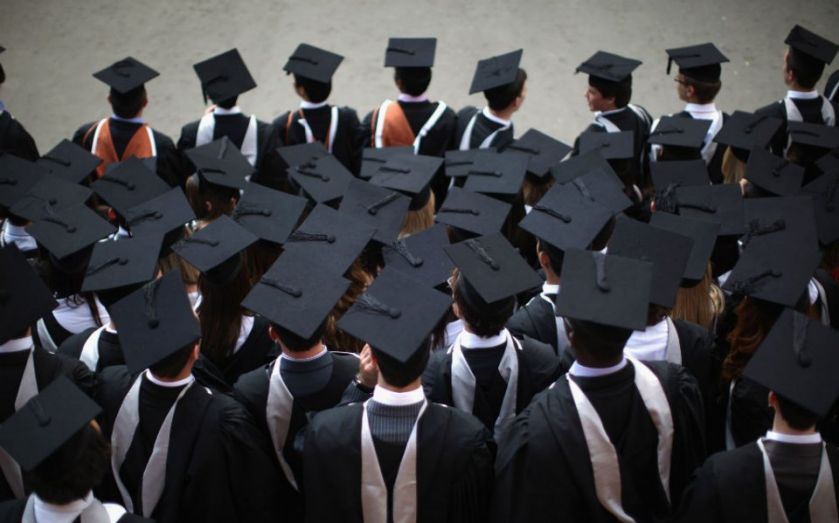 Students about to don a cap and gown for graduation are better off heading to Cambridge for the best chance of finding a job.

The city is the best place to get on the first rung of the career ladder, competing against the fewest jobseekers for each vacancy, while Sunderland is the worst according to the latest research by Adzuna.

Those heading to cities in the south will fare the best in the job hunt as the top five cities with the fewest jobseekers per vacancy were located in southern England.

Guildford, Reading, Oxford and Winchester join Cambridge in the top five, while London failed to make the grade for the top ten and Manchester was the only northern city to rank.

Meanwhile, the fellow northern cities of Sunderland, Hull and Bradford, were found to be the most competitive for grads.

The outlook for 2015’s graduating class is more positive than the prospects for last year’s, with the total number of vacancies for graduates up 16 per cent as the overall number of jobs in across the UK surged to a post-recession high.

There were nearly 16,000 grad job vacancies advertised in May, compared to 13,610 a year earlier.

The boom in jobs opportunities at the lower level has helped push down wages however, along with a rise in part-time positions, with average advertised pay across the UK falling to a ten-month low of £34,002, a fall of 1.6 per cent on six months earlier, but a rise of five per cent year-on-year.