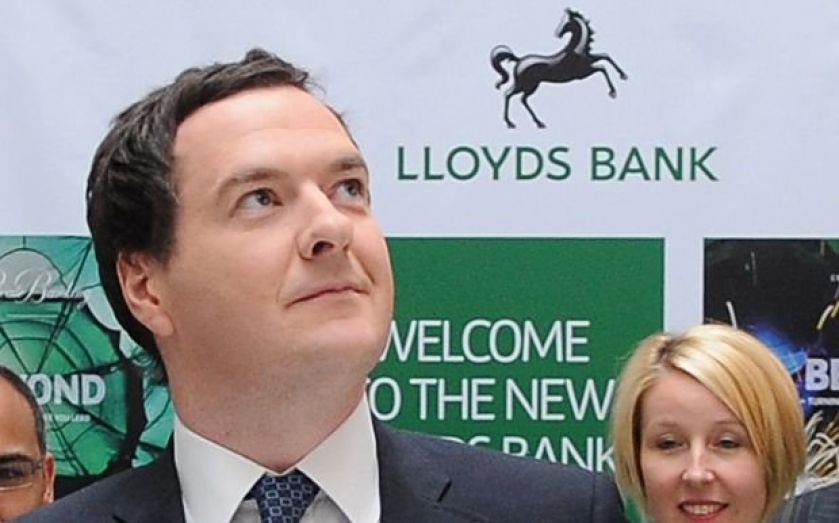 There will be no sale of the taxpayer's Lloyds shares before the next election.

George Osborne has indicated that there will be no sale of share  to the general public between now and next May, which is unsurprising given the recent performance of Lloyds' shares.

The government would deal itself a significant political blow if it were to sell its 25 per cent stake for less than the price it bought it for, and shares, which closed today at 73.5p are below the break even threshold of 73.6p.

Although selling shares to institutional investors is not out of the question if the share price rises, offering shares to the general public requires a long preparation process.

The bank itself isn't doing as badly as its share price suggests. Although by setting aside a further £600m for PPI payouts, without that fee and other conduct-related outgoing it would have increased its profit by just under a third.