Government procrastination must end: Give the green light to Heathrow expansion now 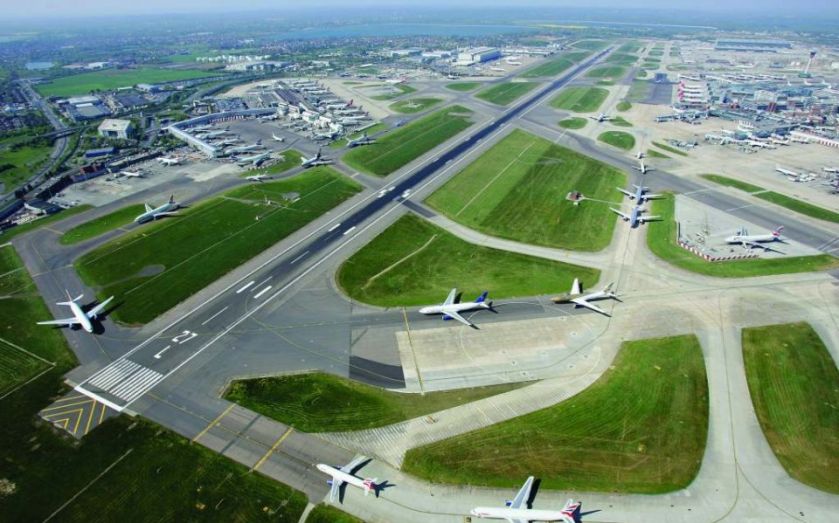 As ministers return to their desks this week from their summer holidays, the government will be faced with the pressing issue of whether to back the expansion of airport capacity in London and the South East. This follows the clear recommendation of the Airports Commission in July to build a new runway at Heathrow.
Having spent the best part of three years rigorously examining the evidence, in what must have been the biggest and most thorough investigation into the future of UK aviation capacity ever conducted, the Airports Commission process has been robust. Furthermore, the recommendation to expand Heathrow is the right one for jobs and the UK’s long-term prosperity.
Heathrow is Britain’s only international hub airport and, given that it has already been full for a decade, there is a compelling case for a third runway. I also believe the economic case is by far the strongest of all the other options that have been considered.
Read more: Heathrow is London's best airport and Stansted and Luton the worst
Why is the economic case so convincing? Heathrow is one of just six airports in the world with more than 50 long-haul destinations. It also provides direct connectivity to 75 destinations not served by any other UK airport.
And while, by value, 40 per cent of all UK exports go via air – most in the belly-holds of passenger planes – 26 per cent of all UK exports on the same measure go via Heathrow. This effectively makes the airport the UK’s biggest port, carrying more freight cargo by value than all other UK airports combined.
It is because of the unique and unrivalled role that Heathrow plays in facilitating the export of UK goods that a third runway will not only deliver significant economic benefits to London and the South East, but to every nation and region of our country, from John O’Groats to Land’s End.
The airport’s biggest export by tonnage last year was Scottish salmon worth £290m, for example. Other top exports include jewellery and precious metals, medicines and pharmaceuticals, and electrical machinery.
Read more: Heathrow airport expansion is in the UK’s interests: Get on with it
It’s no wonder the Airports Commission concluded that a new third runway at Heathrow could deliver up to £211bn in economic growth and create up to 180,000 new jobs nationwide, with 77,000 new jobs created in West London alone.
Our international competitors will not wait while we continue to procrastinate on making a decision. They are already racing ahead.
While Heathrow is left to cope with just two runways, other European hubs got on and built years ago. Amsterdam already has six runways, and Paris and Frankfurt each have four.
As a consequence, there are now 50 per cent more flights to mainland China from Paris than from London. Frankfurt now has direct flights to five cities in Brazil compared to London’s two (indeed both go from Heathrow). Dubai International, another competitor hub, recently overtook Heathrow as the world’s busiest international airport. Britain’s global aviation hub status is therefore under threat.
This is why, over two months after the Airports Commission made a clear recommendation to expand Heathrow, the time has come for the government to listen to the independent experts it appointed, make a final decision, and give the green light to build a new third runway at Heathrow. Such a decision would be good for British exports, good for growth and good for jobs.