Google Pixel 5 review: Google storms into the 5G race with a low-cost flagship to rival Apple 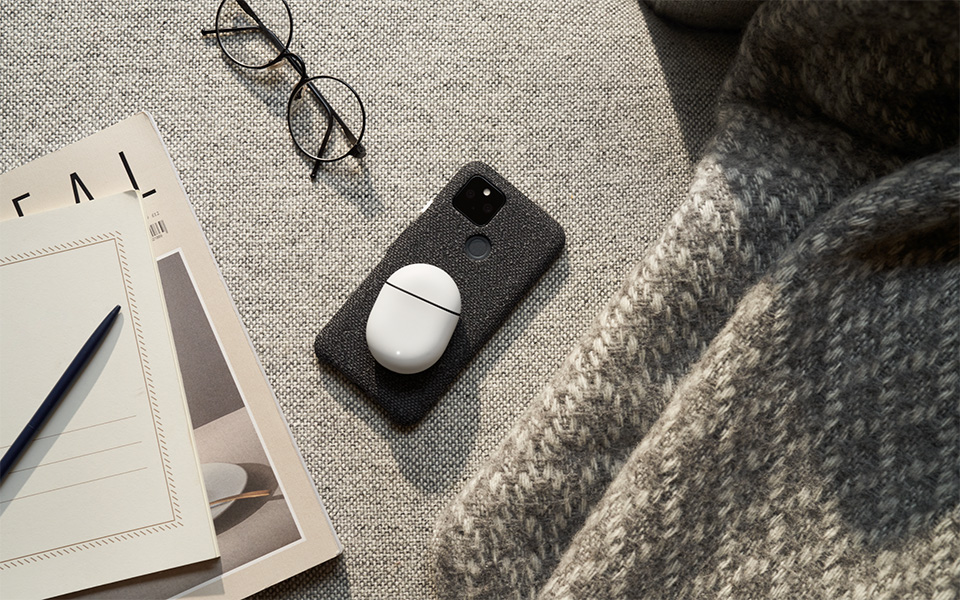 Like some demented Duracell bunny, it simply refuses to die. Even during my honeymoon period with the phone, when I’m playing around with it more than I usually would, watching YouTube and recording video, I’m routinely getting to bedtime with around 65 per cent battery remaining. It’s a powerhouse, and freeing, the first time in years I can confidently leave home without a charger in my backpack.

How has Google managed it? Well, the Pixel 5 has consciously uncoupled from the nuclear arms race that is the ever more incremental improvements to the hardware specifications of top-end flagship phones.

The Pixel 5 actually has, on paper, a slightly less powerful but more modern processor than the Pixel 4 XL, designed to work more efficiently with 5G networks. The phone comes in just one size, a 6” device with a Full HD display and a holepunch-style selfie camera.

That newly positioned camera means a uniformly thin and very neat looking bezel all around the display. This also means there’s no more notch, and with that no more gesture controls or face unlock, which has necessitated the return of the classic rear-mounted fingerprint scanner to unlock the phone.

The fingerprint scanner is a welcome return to the Pixel range, given that face unlock has been rendered pretty much unusable in public by the prevalence of face masks, and the Pixel 4’s gesture controls were unreliable at best.

And, once the temperature drops to the point that we need to break out the mittens, Google’s latest voice-activated Pixel Buds (£179, store.google.com) will come into their own, as they give you full control over your phone, messages, music and the Google Assistant without ever having to unlock your device or take your hands out of your pockets.

That newly positioned camera means a uniformly thin and very neat looking bezel all around the display.

If your mobile phone network supports 5G in your area, you’ll see the benefits of superfast speeds straight away. Stand in the right spot and the Pixel 5 easily beats most home broadband speeds, enabling high-definition video calling and simultaneous screen sharing with Google Duo.

The boosted network speed also allows for streaming games through Google Stadia, Google’s cloud-based gaming platform, where all of the processor-intensive graphics rendering is handled remotely to bring PC-quality gaming to a device the size of a chocolate bar. When it works it feels like magic, though 5G coverage indoors, even in London, is still spotty at best.

Elsewhere Google has focused on improving software, especially around the phone’s class-leading camera, where machine learning has been pushed even further. The camera array now features an ultra wide-angle lens and cinema-quality video stabilisation.

Portrait Light can illuminate and enhance your subject with a convincing virtual light source, working not just in new photos but in ones you’ve previously taken too. Night Sight, which layers multiple shots together to take pictures in low light conditions, now works with portrait mode, somehow producing beautiful portrait shots using barely any light.

Introduced with the Pixel 4, the recorder app has received some notable improvements too. The dictaphone app automatically transcribes speech to text as before, but now allows you to edit the audio recording just by editing the transcript. Highlight some words in the transcript and delete them, and the corresponding part of the audio file will also be removed. Audio clips can be exported as subtitled video files alongside the waveform animation too, ready to share on social media.

The specifications of top-tier flagship phones have been plateauing for a while. With the Pixel 5, Google breaks from its usual strategy of going toe-to-toe with the likes of Samsung. Instead the focus is on a more power-efficient, longer-lasting, and more affordable 5G phone.

As more and more processing tasks are moved off-device and into the cloud, the latest Pixels prioritise network speeds and multi-day battery life over raw horsepower. The result is a 5G ready and future-proofed Android champion, at an irresistible price.