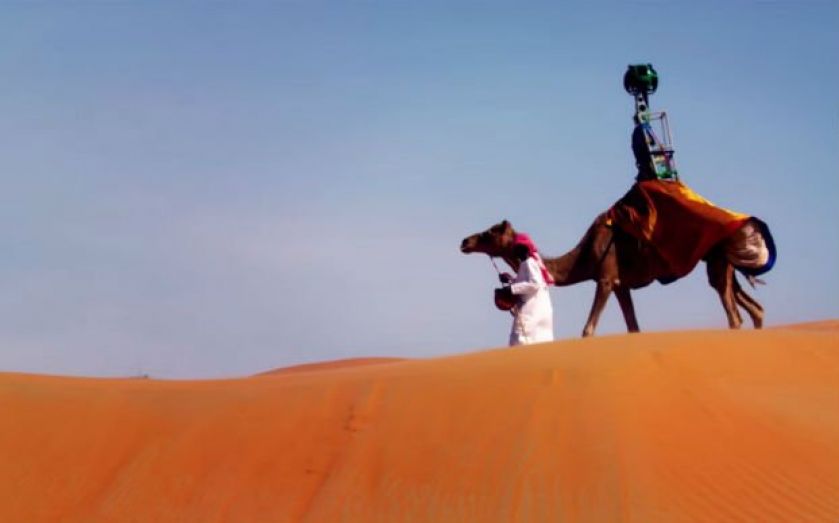 Forget the Google Street View car zooming around London and the rest of the country mapping its streets.

If you're trying to take pictures of the desert, it’s a whole other ball game. It’s a bit dusty and you're likely to get sand in, well, everywhere, but camels are pretty much built for it.

This makes them the perfect vehicle for Google to use for mapping the vast expanses of the Liwa desert in the United Arab Emirates.

Thanks to Raffia (yes, the camel has a name), anyone around the world can now explore the desert expanse from date farms and sand dunes to the Liwa Oasis, the largest oasis in the Arabian Peninsula.

Watch the video below, or do some exploring.

The Street View Trekker sitting on Raffia and used to take the pictures has been designed so Google can feature the more remote places around the world which are inaccessible by car.

In fact, anyone with wanderlust heading to a remote and as yet unmapped location can apply to Google to take the Trekker with them and help share images of the world on the web.