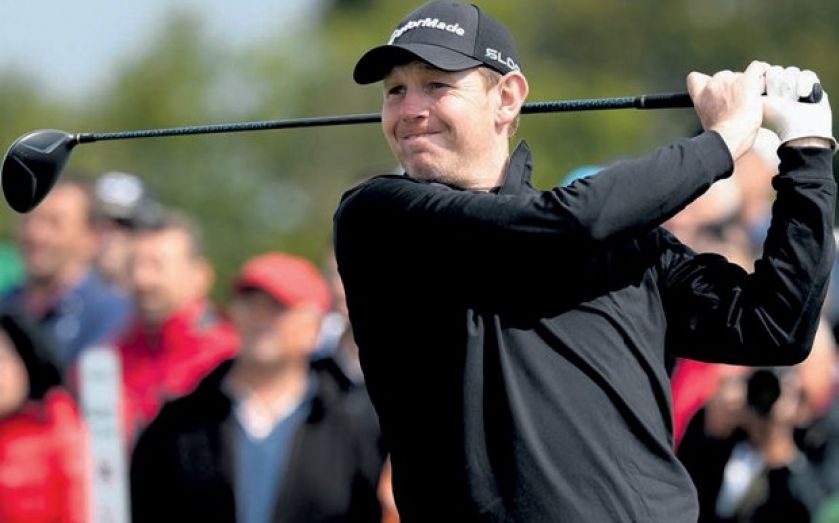 IF STEPHEN Gallacher needs any further inspiration in his last-ditch attempt to qualify for a first Ryder Cup then he need look no further than fellow Briton Jamie Donaldson.

Last week I mentioned that Donaldson was at risk of being pipped to a place on the European team due to his absence from the FedEx Cup play-offs, where big points are at stake – unless he could pull off a top-seven finish at the Czech Masters.

Well, the Welshman duly did more than that, putting in an incredible performance to win the tournament and cement qualification for his own Ryder Cup debut next month.

Donaldson had already earned €2.5m this season, and it was extraordinary that such success was not enough to figure among the top four of the European Tour’s money list, who all qualify. That win means he is now among them, however.

It is just reward for the 38-year-old’s dedication to making the team. He was ready to play this week’s Italian Open too, if necessary, but instead can take a well-earned break.

What a team member Donaldson will be for Paul McGinley. His ability to deliver his best form when it matters is exactly what is required when Europe defend the trophy against the United States at Gleneagles.

It would be a great story if Gallacher could join the team in his native Scotland, though he now finds himself in a similar position to Donaldson’s last week: in contention but needing a great performance.

Gallacher is currently outside the automatic qualifying places on the world points list, but will replace Graeme McDowell if he either wins or finishes second at the Italian Open.

He arrives following a solid week, tying for seventh at the Czech Masters, and has been in good form. Regardless, he is obviously under consideration for one of the three captain’s picks, which will be announced a week today, although there are a host of other top players due to miss out on automatic qualification.

Luke Donald and Ian Poulter are among that group and have a final chance to stake their claims at this week’s Deutsche Bank Championship, the second leg of the PGA Tour’s FedEx Cup playoffs. Fellow English hopeful Lee Westwood did not qualify, so will now have an anxious wait, while McDowell is absent following the birth of his child.

Hunter Mahan’s victory at The Barclays on Sunday was every bit as impressive as Donaldson’s triumph, and will surely see him named as one of US captain Tom Watson’s picks. I can’t see how he could be left out now, and that will certainly strengthen their team.

Sam Torrance OBE is a multiple Ryder Cup-winning golfer, one of Europe’s current vice-captains and a media commentator. Follow him on Twitter @torrancesam