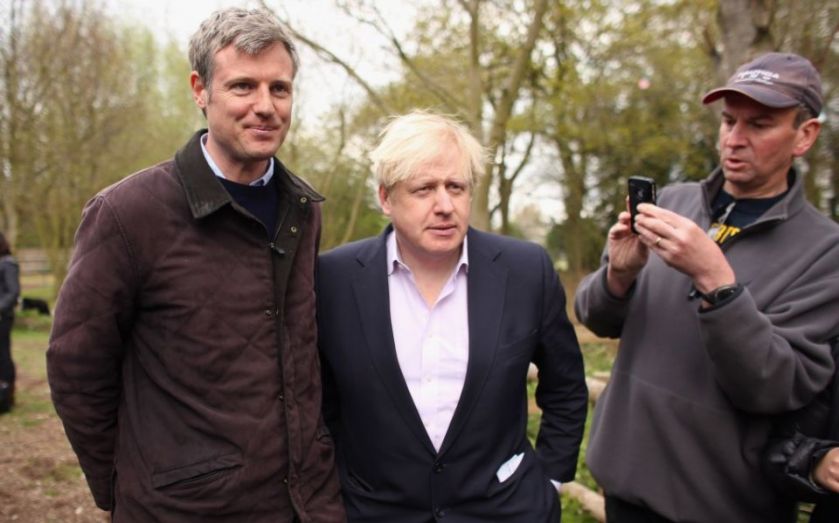 Conservative MP Zac Goldsmith stepped up his campaign against the expansion of Heathrow airport yesterday, and said adding to the existing site is “politically undeliverable”.
The environmentalist MP for Richmond Park launched a new website, www.heathrowflightpaths.co.uk, which features on its homepage a map purporting to show the areas of London that will be affected by new flightpaths from an expanded Heathrow.
The Airports Commission decision on whether to expand Heathrow or Gatwick is imminent.
In a statement yesterday Goldsmith described Heathrow as the largest noise polluter in Europe “by a significant margin”, adding that over 725,000 people are currently affected by noise, a figure “likely to increase to over 1,000,000 people if a third runway is built”.

Goldsmith said: “As countless hundreds of thousands of new residents are made aware of the threat they face, the campaign can only grow. We have won the arguments on pollution, congestion, cost and competition, but the bottom line is that, politically, Heathrow expansion is undeliverable.”
He was joined at yesterday’s launch by Mayor of London Boris Johnson and MP for Putney Justine Greening at the House of Commons.
Johnson praised Goldsmiths’s “determined campaign” to block expansion at Heathrow, and commented: “The Airports Commission must realise that, if it is mad enough to recommend a third runway at Heathrow, the backlash from Londoners will ensure it is never built.”
Meanwhile, the chiefs of Europe’s five largest airlines — Air France KLM, Easyjet, International Airlines Group, Lufthansa Group and Ryanair — got together for the first time yesterday in Brussels.
The airline bosses agreed to lobby for a new EU aviation strategy, which they say will “strengthen the competitiveness of European airlines, ensure jobs and growth through innovation”.
They also called on the new transport commissioner, to “drive more competition, encourage more efficiency and help reduce costs” in the industry.
Share:
Tags: London airport expansion People Zac Goldsmith