Global Politics: India and Mexico will rise as Europe dies but the US will reinvent itself once again 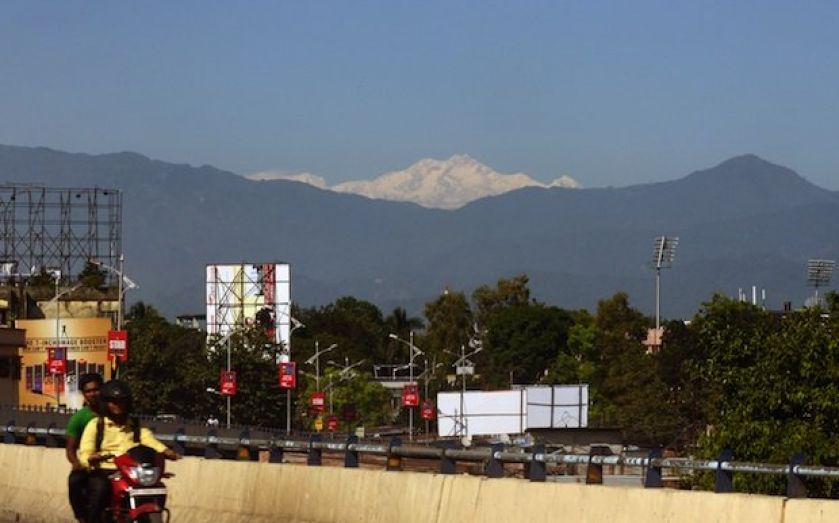 I HAVE long strongly advocated a modest proposal for my clients regarding global political risk: judge analysts as you would a plumber. If we do a good job, rehire us. If not, show us the door. For only by assessing real world outcomes can clients separate snake oil salesmen from the real thing. As I mean to practice what I preach, here is my counter-intuitive take on 2014. It is the year the immense economic power of fracking will become apparent to all, as well as the year emerging markets are finally seen as an enduring and irreplaceable source of global growth in the new era of many powers. In other words, the political risk trends of 2014 will matter a lot for medium-term investing around the globe. First, to misquote Mark Twain, the rumours of America’s death are greatly exaggerated. Yes, it is in irrefutable relative decline, with the rise of regional powers such as China, India, Indonesia, Turkey, Brazil, and South Africa. But much as was true for late nineteenth-century Britain, by a long way and for a long time, America will continue to be the greatest power on earth, Chairman of the Global Board, and a country with an almost limitless capacity to remake itself. The energy revolution spurred by fracking is merely the latest example. The US natural gas boom has caused gas prices to fall to one-third of European levels and one-fifth of Japanese costs. This, in turn, is triggering a manufacturing renaissance, as cheap power costs have made America suddenly competitive again. There remain longer-term sea monsters out there – a dysfunctional political system and a demographic crisis that will strain the public purse in the early 2020s – but for the medium term America is back, certainly compared to its more hapless developed world rivals in Europe. 2014 will also be the year a hard-eyed investor realism replaces both the naïve cheerleaders for emerging markets and the equally fact-challenged bears. Disaggregation will be the key; as has always been true, some putative great powers will make it to the Winner’s Circle, and others assuredly will not. In terms of winners, an India likely ruled by the BJP’s Narendra Modi (replacing the governing Congress Party) will surely be a step in the right direction, following national elections in May. Modi has led the Indian state of Gujarat to Chinese-style growth rates, averaging 10 per cent a year during his time in office from 2001 to 2013. With 5 per cent of India’s population, Gujarat now accounts for fully 25 per cent of its total exports and around 16 per cent of its national manufacturing. This business-friendly leader will undoubtedly find things harder at the national level, ruling in a coalition and hamstrung by a sclerotic bureaucracy. Nevertheless, given his stellar track record, India will be on the move again. Likewise, often-neglected Mexico is going through nothing short of an economic revolution. The genius of recently-elected President Pena Nieto was to miraculously get his right-wing PAN rivals plus the PRD left party to agree on a Pact for Mexico, a common reform programme. Given Mexico’s factious political history, it is an understatement to say that this is something new and incredibly hopeful. In the past year, the Pact enacted ground-breaking education reform, along with the breaking up of telecoms monopolies. The icing on the cake was December’s reform of Pemex, the national oil company. With the left deserting the Pact for Mexico over this ultimate taboo, the PAN and Pena Nieto’s PRI party pushed reform of the oil monopoly far beyond what anyone was expecting. For the first time, foreign oil firms will be able to partner with Pemex to explore and drill in Mexico, with labour union representatives thrown off Pemex’s notoriously hapless board of directors. Likewise, private energy companies will compete for the first time to supply electricity to the national grid, which should substantially decrease energy costs for both consumers and Mexican industry. With the next-door American giant awakening, Mexico is finally set for a definitive economic leap forward. The good news is that 2014 will make it clear some countries are still capable of solving their basic problems; the contrast with a Europe wholly unable to do so will become increasingly glaring. As Europe dies, others will be seen to rise. 2014 will make this hard reality bracingly clear. Dr John C Hulsman is president and co-founder of John C Hulsman Enterprises (www.john-hulsman.com), a global political risk consultancy. He is a life member of the Council on Foreign Relations, and author of Ethical Realism, The Godfather Doctrine, and Lawrence of Arabia, To Begin the World Over Again.