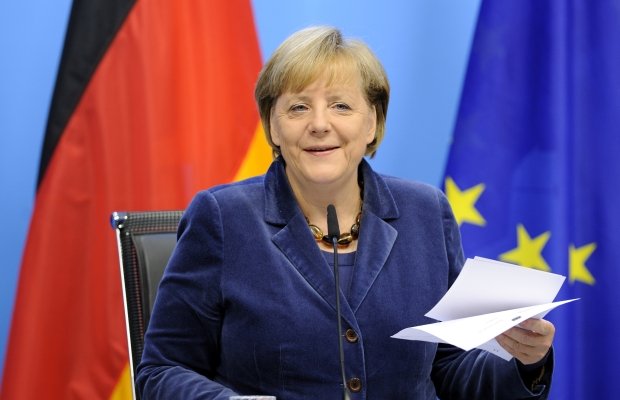 Germany's chancellor Angela Merkel isn't going to be gaining many friends in the UK today.

She wants more European Union integration – that's her declared focus for the next four years – and says that banking union will come in 2014.

That closer integration should involve the EU Single Resolution Mechanism (SRM) for banks, and while EU countries may get aid to meet economic goals, she says that more than just money will be needed to tackle Eurozone youth unemployment.

Merkel sees progress in Ireland and Spain, as countries that are harvesting the fruits of their efforts. Remarkably, she also sees positive signs in Portugal, Greece, and Cyprus.

The German chancellor remains confident about the Eurozone project – saying that the euro area can permanently overcome the debt crisis.

Merkel could have shortened her speech to one soundbite – More Europe, more oversight, more fudge.