German fintech challenger bank N26 launches in the US 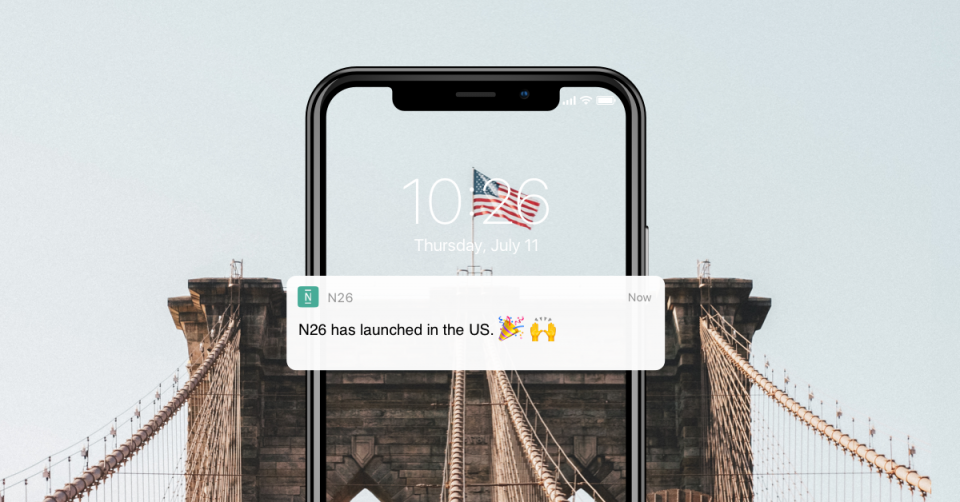 German fintech giant N26 has today launched its services in the US, making it the second major European digital bank to cross the pond.

Starting today in a staged rollout, the 100,000 customers on N26’s US waiting list will be invited to open an account and have full access to the bank’s app and debit card.

Banking services will be provided by a partnership with Axos Bank, giving N26 immediate authorisation to operate across all 50 states.

The Berlin-based startup, which launched in the UK last year, has reached 3.5m customers in 24 European markets and adds 10,000 new users each day. It follows in the footsteps of British rival Monzo, which debuted in the US last month.

Read more: Monzo bounds ahead of rivals with US launch

In keeping with its European offering, the US accounts will also be fee-free, with no minimum balance required. N26 said it will launch additional perks for users over the summer, with its premium Metal offering to follow shortly thereafter.

“The US launch is a major milestone for N26 to change banking globally and reach more than 50m customers in the coming years,” said Valentin Stalf, co-founder and chief executive.

“We know that millions of people around the world and particularly in the US are still paying hidden and exorbitant fees and are frustrated by poor banking experiences. N26 will radically change the way Americans bank as it has for so many people throughout Europe.”

N26 US chief executive Nicolas Kopp told City A.M. the firm has held a presence in the country for almost two years, with more than 50 staff in its New York City office.

The startup made headlines earlier this year when it was mandated by the German banking regulator to step up its anti-money laundering policies, after a probe found the fintech firm was deficient in several areas.

N26 raised $300m (£229m) in a funding round in January, making it one of Europe’s most valuable fintech startups at a post-money valuation of $2.7bn.