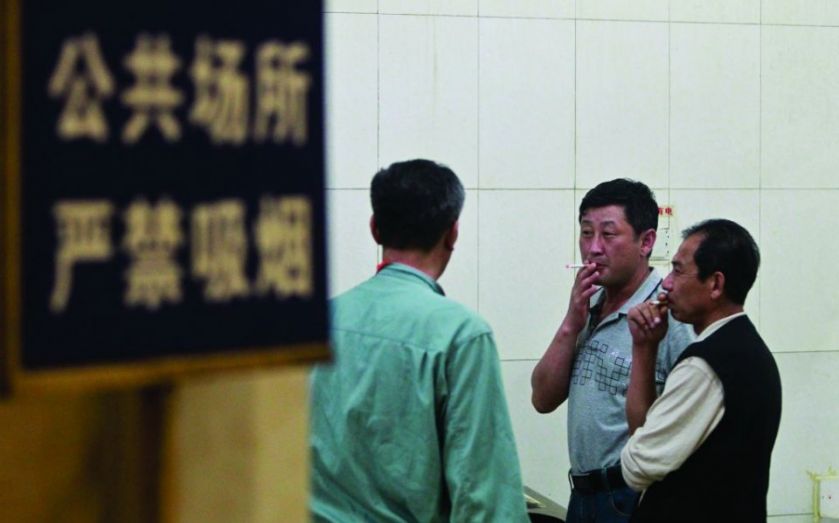 Two titans of capitalism have combined efforts to launch a new front in their war against the tobacco industry.

The assault on tobacco has been ongoing for decades, but the industry is still producing around six trillion cigarettes each year, according to British American Tobacco.

Will the latest round of anti-tobacco publicity dent these figures?

Initial market reaction to Gates’ and Bloomberg’s announcement was muted. Observers of the industry remained sanguine about this latest development, viewing it as just one more attack on an industry which has been notably resilient over the years.

“I don’t think it will make an awful lot of difference to operations, only at the margins. In terms of public perception it’s just another drop in the ocean.” said David Hayes of Nomura.

The move by Gates and Bloomberg could be seen as an attempt to halt the industry’s revenue growth in emerging economies.

Analysts say the industry will find it hard to increase the volume of cigarettes sold in emerging markets, with only population growth able to expand the market. But with several tobacco giants deriving the majority of their revenues from emerging markets, experts say revenue growth still has some way to go.

Stressing the durability of the current business model, which relies less on volume than it does on pricing, big companies have ample leeway to raise prices even when general consumption starts to fall.

By taking advantage of the high tax-take on their products to hide incremental price increases, tobacco firms look set to benefit from increasingly wealthy smokers.

Russia is used as an example of where a very low price environment means every tax hike opens a window of opportunity to charge a little more on the base product itself. Exceptions to this rule are the mature markets of Australia, France and the UK, where the balance has now swung so far the other way that tax rises hurt profits.

Ultimately though, new technologies will determine if companies have any sort of sustainable future. Companies are starting to embrace e-cigarettes and “heat not burn” technology, both of which are believed to reduce the harmful risks associated with traditional smoking.

The UK government estimates the market for e-cigarettes will be worth £340m this year, a drop in the ocean compared with traditional tobacco. However, unlike traditional sources, it grew by 340 per cent in 2013. And while the government appears relaxed about the new development, there has been some lobbying from health activists who believe that e-cigarettes should be classed as a medicine and be subjected to greater regulation.

Nonetheless, traditional players are getting in on the act, with notable acquisitions in recent years of e-cigarette start-ups such as the purchase of Blue Ecigs by US firm Lorillard. Philip Morris International has also launched a range of heat not burn products called Marlboro HeatSticks in Japan and Italy with further plans to roll out use worldwide during 2015.

The HeatSticks may prove a step too far, as a similar experiment with the technology in the 1990s failed to catch on. But with governments across the globe gearing up for ever tighter regulation – and with billionaires joining their cause – it is understandable that firms are looking at alternative products.