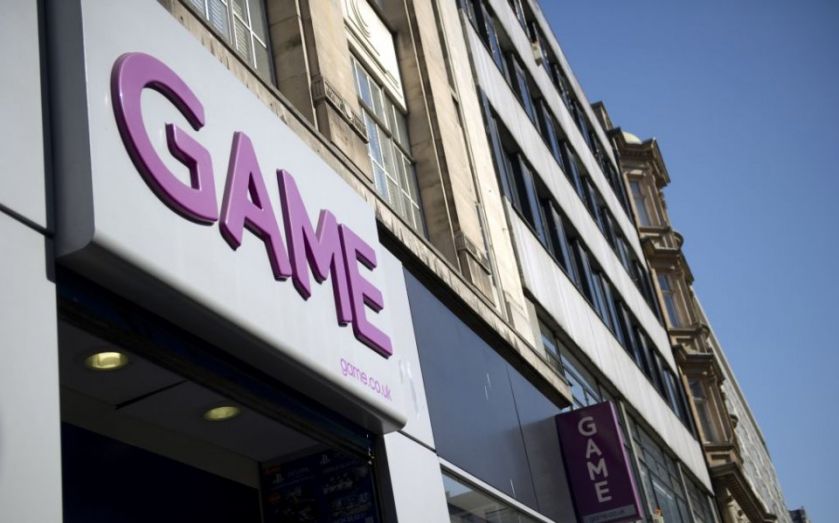 Game Digital’s share price slumped more than seven per cent in early morning trading on Tuesday after announcing a hefty fall in profits in its maiden interim results.

The company’s chief finance officer Benedict Smith, who helped oversee its listing on the London Stock Exchange last year, will step down later this year.

Adjusted operating profit for the 26 weeks ended 24 January 2015 fell 18.5 per cent to £39.2m from £48.1m a year earlier. A similar drop was recorded in earnings before interest, taxes, depreciation and amortization came in at £43m – 16.2 per cent down from last year’s £51.3m.
Overall revenue fell marginally to £582.1 as did gross profit which dropped 1.6 per cent to £135.2m.
Despite all the bad news however, shareholders were treated to a special dividend of £25m – equivalent to 14.7 pence per share – which Game said was supported by strong cash generation. The group’s adjusted operational cash flow jumped 45.8 per cent to £66.9m.
Investors were also told the full-year earnings and profit are still expected to fall within the range of current market expectations.

More bad news for Game Digital investors who saw the company drop out of the FTSE 250 last night and suffered a huge 50 per cent drop in its share price when a severe profit warning was announced in January.
That warning was put down to disappointing holiday period sales, although overall sales for the half year were only slightly down.
So Game is now restructuring as it attempts to get to the next level. After eSports company Multiplay was acquired earlier this month, the group will split into three separate divisions: GAME Retail, GAME eSports and Events, and GAME Digital Solutions.
Game says it expects market activity to pick up over Easter thanks to some “key titles”, which include an exclusive release of Final Fantasy Type-O HD. Shareholders will be hoping the title is not fitting of the company’s prediction.

The video games market in the UK has started 2015 more slowly than we anticipated, however we continue to maintain our strong market shares and expect activity in the UK to pick up in the coming weeks, driven by promotional campaigns around Easter and the launch of a number of key titles.

Game Digital stock continues to take a battering as the company restructures and tackles a slow-moving market.