The future of the FTSE 100: What next? The quarterly reshuffle has changed the complexion of the leading index 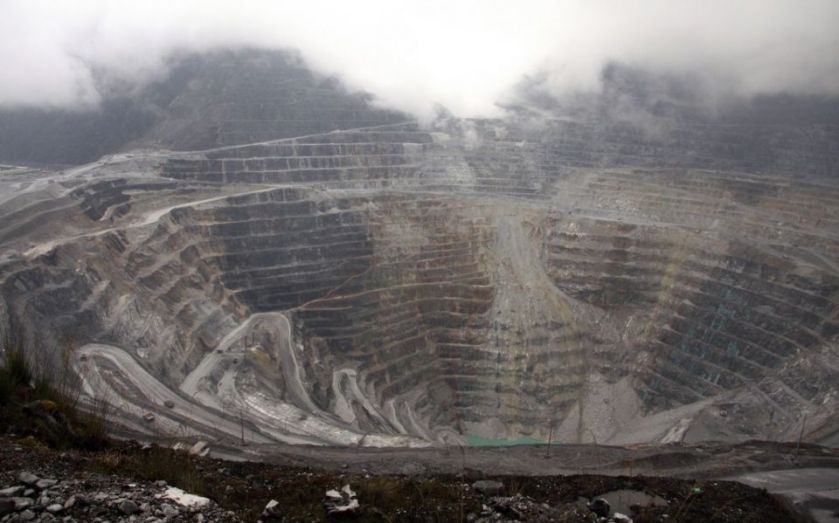 The Bloodbath continued yesterday as mining shares plummeted further and the FTSE dipped below 6,000 points.
Glencore, whose shares fell by 10.63 per cent yesterday, only graduated to the elite index in 2011, but the commodities supercycle has come to a juddering halt, depressing the internationally exposed FTSE.
This week also saw one of the index’s quarterly reshuffles.
Not as dramatic as in previous years (in June 2000, after the dot-com bust, overvalued internet companies like Baltimore Technologies, Kingston Communications and Psion came crashing out), the third quarter review has nevertheless changed the FTSE 100, and potentially future returns for investors.
With the likes of Weir Group relegated, a number of new prospects are emerging for equity investors, but will they turn the FTSE 100’s fortunes around?
And what sectors could continue to outperform the overall index?

Conditions for house building in the UK have been good in recent years, which has allowed companies like Barratt Developments and Taylor Wimpey to capitalise.
High-end property developer Berkeley Group stole a FTSE 100 spot on Monday.
Equity fund managers have increased portfolio exposure to the UK economy in light of the slowdown in Chinese growth and the attendant volatility across global stocks, and the domestically-focused house builders have benefitted.

Uncertainty in the sector has been eased by the Conservative general election victory.
Prior to 7 May, fund managers like Martin Cholwill, who runs the Royal London UK Equity Income fund, were expressing publicly their concern that economic growth, while strong, was not sufficient to offset the risks posed by the political domain.
This risk has now been reduced.
In the knowledge that policy initiatives, like Help to Buy and the Help to Buy Isa, will stay on track, once tentative investors have flooded into the sector.

“They have been helped by a powerful mix of higher volumes and price increases, and now seem sufficiently confident in the future outlook that they are increasing dividends or even returning large amounts of cash to investors via special dividends. New FTSE 100 entrant Berkeley is a case in point,” says Mould.

Indeed, Berkeley Group has announced that it will increase the number of homes it builds by around 20 per cent in the year to April 2017, suggesting good future returns for shareholders.

Schroders, the UK’s largest listed asset manager, has been performing strongly thanks to investors seeking higher returns in a low interest rate environment.
The company has seen a rise in demand for fixed income products, outperforming the index significantly, up 20.01 per cent on the year.
But asset manager shares come with substantial risks because their profits are so closely tied to the performance of their underlying investments.

“In the short term, shares in asset managers may be more volatile than the market,” explains Adrian Lowcock, head of investing at Axa Wealth.

The Chinese slowdown has fed through into the share price of Aberdeen Asset Management, which has particular exposure to emerging markets.

Since the financial crisis, banks have been trying to address their balance sheets, and the likes of Barclays have become more domestically focused.
Some experts say that this is making them attractive prospects for investors. Hollands argues that the outlook for banks is improving.

“Credit rating agency Moody’s recently upgraded its outlook on the UK banking system from negative to stable, citing increased capital buffers as the economy gathers strength. This should also improve the prospect of dividend growth,” he says.

With the Bank of England expected to raise interest rates in 2016, banks are set to benefit, says Lowcock.

“There are still a large portion of banking operations which are loans to individuals and mortgage-broking. Mortgages are central to bank profitability, and when rates rise, they can charge bigger margins on their loans and raise profits. Moreover, banks don’t initially have to pass this onto savers by raising their interest rates.”

Others are not so convinced.

“No bank was promoted to the FTSE 100 on this occasion,” says Mould.

He notes the mature nature of the UK market, growth concerns in emerging markets  and blights like the Libor and forex-rigging scandals.
The market also faces new regulatory pressures. Challengers like Metro Bank, which has recorded growth for the last five years, faces a threat in the eight per cent banking surcharge to be introduced next year.

Positions in the FTSE 100 index are only awarded for market capitalisation.
And while blue-chip dividends are attractive, high returns can be sought elsewhere.
In the FTSE 250, Jupiter Fund Management’s share price has risen 25.84 per cent in the last 12 months, and prospects like peer-to-peer lending may reward risk-takers even more.
Having launched in May 2014, the specialist investment trust P2P Global Investments has taken advantage of investor dissatisfaction with low yields on bonds and rock-bottom interest rates.
It backs loans on P2P platforms.

“It has a mandate to provide its own shareholders with dividend income but also capital growth,” says Mould. “This may boost cash returns, but there is an increased level of risk involved.”