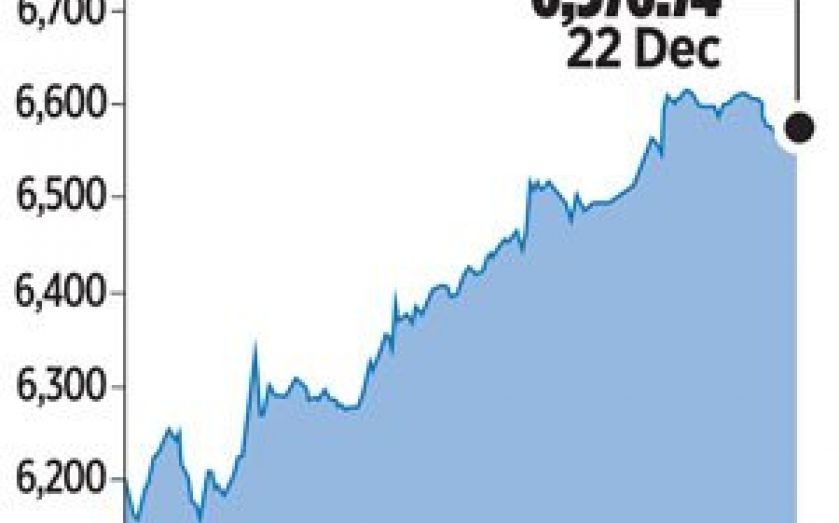 THE FTSE 100 yesterday held on to gains as its pre-Christmas rally continued for a fifth cons­ecu­tive trading session. How­ever, oil-related stocks went from being among the best performers in morning trade to among the worst by the close as the oil price again failed to hold on to an early rise.

Among the energy companies, Tullow Oil lost all its gains to close down 4.05 per cent lower at 407p.

Among the risers, B&Q owner Kingfisher climbed 1.82 per cent to 330.10p as it sold a 70 per cent stake in its loss-making Chinese business to Wumei Holdings for £140m.