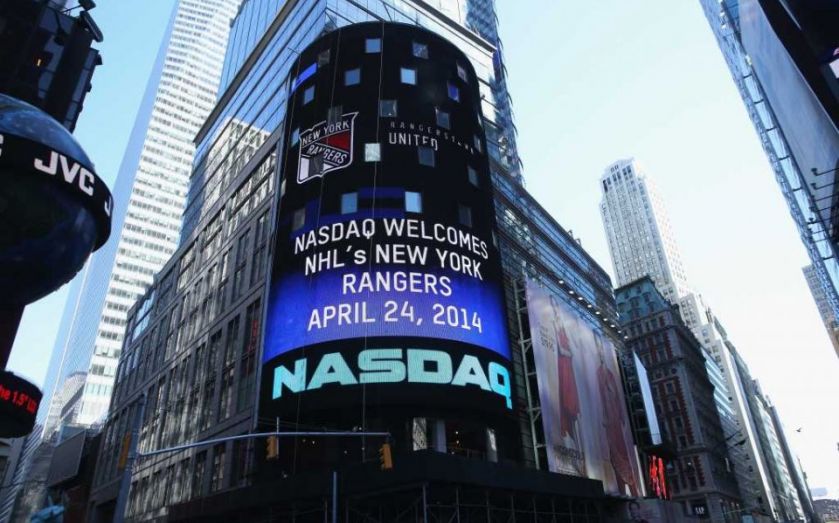 The FTSE has been threatening to break 7000 points for a while, but could be beaten to the punch.

The Nasdaq is closing in on its own fairly arbitrary target of 5,000, with both numbers close to the indexes' record rates.

It is 15 years since the Nasdaq reached its closing peak of 5,132 on 10 March 2000. The decline from this peak marked the end of the dot-com bubble.

Here is a graph showing the various trajectories of the indexes. Although the graph starts at zero for both, the FTSE actually began its life in 1984 indexed at 1,000. 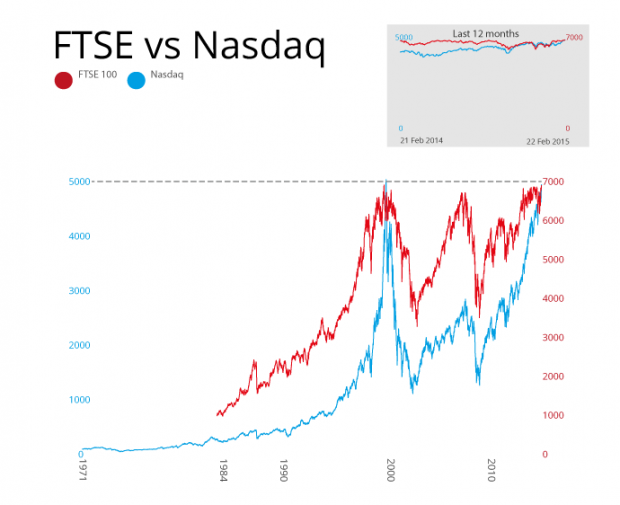