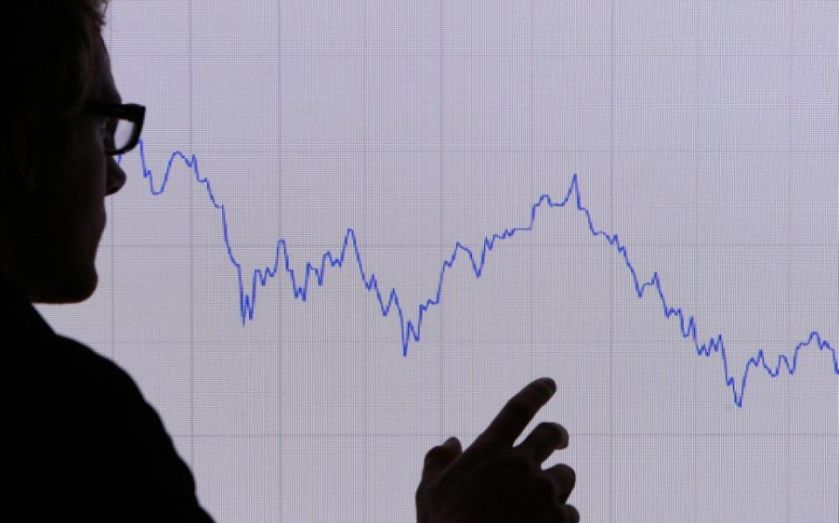 Meanwhile, the pan-European FTSEurofirst 300 closed down three per cent, its worst one-day fall since October.

Britain's top share index index has now been down for nine straight sessions, marking its longest losing streak since 2011.

The falls came after weaker than expected manufacturing figures in China stoked fears of a fall in growth, prompting selloffs across Asian markets overnight.

"The FTSE 100 has been on a dramatic rollercoaster ride since the beginning of this year, rising from a previous low of 6,298 on 15 January to pass the 7000 mark on 20 March," Maike Currie, associate investment director at Fidelity personal investing, said.

"Since its March high, the FTSE 100 officially dipped into correction territory, with falls of over 10 per cent – the worst performance by Britain’s blue chip index in seven months."

Today's turmoil was kicked off by Caixin’s manufacturing PMI for China, which showed its factories shrank at the fastest rate in almost six and a half years in August. The news added to concerns that the Chinese economy could be leading a slowdown in global growth.

"[The private survey] is hardly all that surprising but does ultimately vindicate the China bears and will only add to concerns that the second largest economy is slowing, and slowing dramatically," Brenda Kelly, head analyst at London Capital, said.