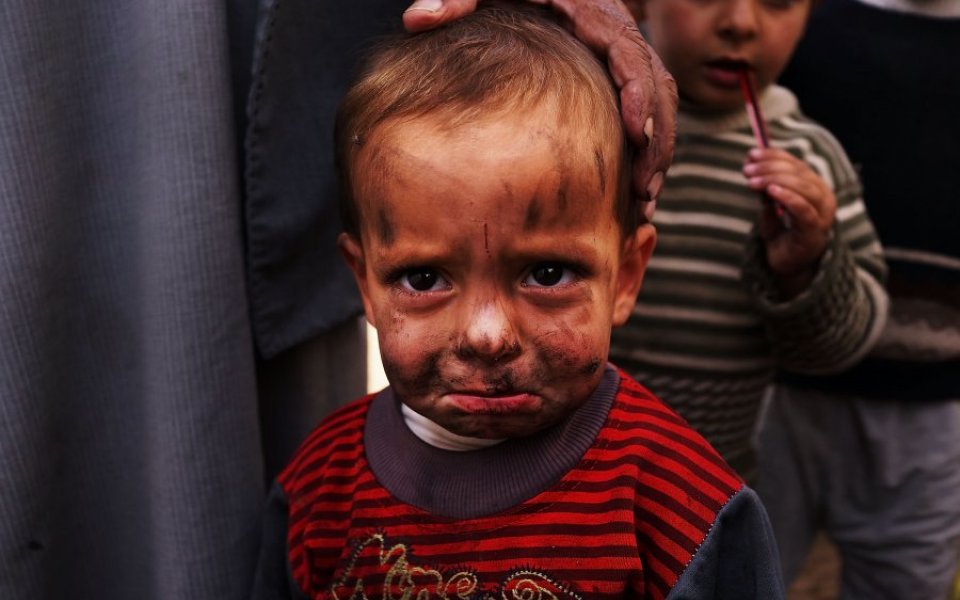 The last year has been one of frantic political events, across the UK, Europe and indeed the world.

While there is still a few weeks to go until the end of 2015, with the political calendar winding down we’ve taken a look back over the key events that shaped the political agenda over the last 12 months.

Greece was the word

With the people of Greece overwhelmingly unhappy with the New Democracy and its austerity programme, Alexis Tsipras’ Syriza swept to power back in January, promising to secure a better deal with Europe.

Syriza, the radical leftist party, fell short of an overall majority and so formed a coalition government with another anti-austerity party, Anel, also known as the Independent Greeks.

The coalition wanted to tear apart the existing bailout programme it had negotiated with the Troika to negotiate new terms.

While the Greek debt crisis lingered on in a tense stand-off, tension raised elsewhere in Europe with escalating activity in Ukraine.

World leaders clashed over a solution to the crisis, with Prime Minister David Cameron pledging to send advisers and German Chancellor Angela Merkel warning that sending arms to the Ukraine to fight separatists would be futile, a statement that sparked criticism from the US.

"The problem is that I can't envision any situation in which a better-equipped Ukraine military would convince President Putin that he could lose militarily," Merkel said.

And French President François Hollande said that "if we don't manage to find not just a compromise but a lasting peace agreement, we know perfectly well what the scenario will be. It has a name, it's called war."

The General Election campaign proper got started when David Cameron drove the short distance from Whitehall to Buckingham Palace to ask the Queen to dissolve parliament. This officially started a campaign that in reality began months ago.

In the build-up to the General Election the issue of “non-doms” came to the fore in April, when shadow chancellor Ed Balls, along with party leader Ed Miliband, said that a Labour government would scrap the non-domicile rule that allows people to reduce the amount of tax paid on earnings from outside the UK.

Labour also pledged fiscal responsibility in its manifesto launch, but the Conservatives message was viewed as the “most positive”

Wipeout at the General Election

The polls had it wrong. Prime Minister David Cameron would lead the Conservative party to electoral victory, giving the Tories an overall majority that nobody thought possible.

But come 7 May, Cameron’s party had a 12-seat majority, while Labour was all but wiped off the Scottish map and the Scottish National Party became the third largest party in Westminster. Big hitters including Ed Balls lost their seats and the Lib Dems suffered a virtual wipe-out, prompting Nick Clegg to resign.

And for all their big talk, Ukip secured just one seat – one less than it went into the election with.

Tell Sid he's back in style

Riding high from the Tories' success, Osborne pushed forward with the government's sell off of stakes in companies including Royal Mail, Lloyds Bank and Royal Bank of Scotland – admitting the latter could be sold off at a loss.

No such fears for Lloyds, however, with hundreds of thousands of individual investors signing up for the deal just hours after it was announced.

The cash is all being used to pay off the country's debt, with Osborne pledging a budget surplus would be a legal mandate in “normal times”.

Things get sticky in Greece (again)

Syriza called a referendum on whether Greece should accept its bailout terms: the country responded with a very loud "Oxi".

Having been feted as the rockstar economist, Yanis Varoufakis quickly fell from favour and resigned in July, saying he would wear the Greece's creditors' disdain with pride. Euclid Tsakalotos was sworn in as new Greek finance minister in his place.

A bailout is agreed, which includes changes to pensions and taxes, but some weeks later Alexis Tsipras also resigned, prompting a second set of elections. His party secured more votes than expected – although it still fell short of a majority – and a new package of austerity measures is pushed through.

All this took place against a growing backdrop of fear among the public: banks were shut and a withdrawals limit imposed and the stock market was shut for weeks, eventually plummeting 16 per cent when it was reopened.

The Calais crisis kicks off

What had been a growing problem for those at the coalface suddenly turned into a political storm as it emerged that migrants were making daily attempts to breach Eurotunnel security in order to enter the UK. In July, Eurostar claimed as many as 37,000 migrants had been "discreetly intercepted", trying to make the crossing.

In Kent, "Operation Stack" was introduced in an effort to control the flows – but this resulted in a major impact on the local economy.

The migrant crisis erupted on a wider scale some weeks later, with thousands of migrants attempting to enter the EU from Syria, the threat of the Schengen Area falling apart and the tensions rising between countries attempting to agree on how to shoulder the burden of more migrants.

But while politicians were scrambling to react, the image of dead toddler Aylan Kurdi hit home for many of the wider public, who urged their leaders to do more for the people fleeing the war zone.

The unfathomable happened in September when Jeremy Corbyn took the reins of the Labour party following the party’s poor performance at the General Election and Ed Miliband's subsequent resignation.

The whole election process was fraught with controversy following the changing of rules that allowed any “registered voter” who pledged just £3 the opportunity to vote, prompting claims that Tory supporters were "sabotaging" the vote.

Either way, Labour suddenly lurched to the left – something which the party is still attempting to cope with.

While Labour was descending into party squabbles, the son of a bus driver Sadiq Khan won the candidacy for London Mayor – beating favourite Tessa Jowell in the vote. He was later joined in the race by Zac Goldsmith, who won the Conservative candidacy with 70 per cent of the vote.

Most recent polls show Khan has the edge – but only just. This campaign will now dominate until next summer.

Paris reels from tragedy – for the second time

The French capital had already suffered one terror attack when gunmen shot dead journalists, police and members of the public as it targeted the satirical magazine Charlie Hebdo back in January.  In November, the city was once again reeling from an attack on its citizens – this time resulting in the death of 130 people.

The news triggered a renewed effort by the global community to clamp down on the threat posed by the Islamic State.

Russia – which itself had been targeted, when a passenger get was taken down by Isis – renewed efforts to bomb the terror group in Syria, as did France. And, after 10 hours of debate, the UK approved airstrikes in the country too.