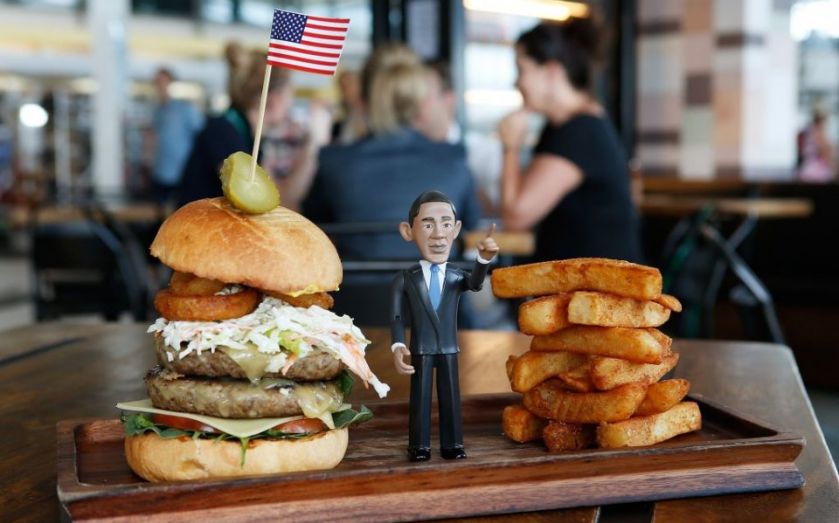 Few know it, but you are all paying a secret tax. Trade tariffs and other protectionist barriers are a hidden part of the price you pay for almost everything you buy. Consider this: if we could do a trade deal between America and the EU, at one stroke we could create up to 2m jobs, turbo-charge our economy by £10bn, and cut prices in our shops – making the average British family £400 better off.

That is why free trade is such a central part of the Conservative plan for a stronger economy, and why David Cameron is determined to make progress on free trade with the US, via the Transatlantic Trade and Investment Partnership, in the next Parliament.

Free trade is magic: it makes us all wealthier. As Matt Ridley has pointed out, 10,000 years ago there were between 1m and 10m people on the planet. All lived in extreme poverty. Today, we are over 7bn, but 99 per cent of us are better fed, better housed and better protected against disease than our Stone Age ancestors. How has this been possible? The answer is enterprise, capitalism, and free trade.

Currently, we have around 90 trade agreements in place, but there are still some huge holes. And our biggest gap is with the largest economy on earth: America. Our “special relationship” is under constant fire from a three-pronged attack: import tariffs, export tariffs, and trade barriers.

First, import tariffs. Every time you buy a pair of Levi jeans, there is a 12 per cent import tax hidden in the cost. It’s not just jeans: American fruit juice is taxed at 24 per cent. Even the gherkin you eat in your burger has a 18 per cent import tax slapped on it. Why do we tolerate this burger tax?

Then there are export tariffs. If a British business wants to sell to customers in the US, they are charged for the privilege. This makes it harder to compete, and harder to create jobs here at home.

Worst of all, employers have to comply with a raft of US regulations as well as our own domestic rules. This costs British firms up to $1bn (£660m) a year: money that could otherwise be spent on hiring people or boosting wages. Because of excessive, confusing red tape, some perfectly good British products are even banned outright. It is astonishing to think there is still an import ban on haggis, British lamb, and venison in the US. President Obama, the leader of the free world, is not even allowed to buy a Scottish haggis for his family on Burns night, even though he is said to have Scottish ancestry. This must change, and a free trade deal will help.

To those worried that a trade deal with the US might threaten our National Health Service (NHS), let me offer some reassurance: our NHS will be completely protected. The European Commission has confirmed this repeatedly, and in writing.

Think about what we could gain from a US free trade deal: new jobs, billions extra flowing through our economy each year, and British families £400 a year better off. And this is just the start. We’re also in talks with Japan, India and Malaysia. Free trade will help us to secure a better future, with full employment, where everyone has the security of a regular wage. But this won’t happen automatically. We have to fight for it. And that’s exactly what the next Conservative government will do.