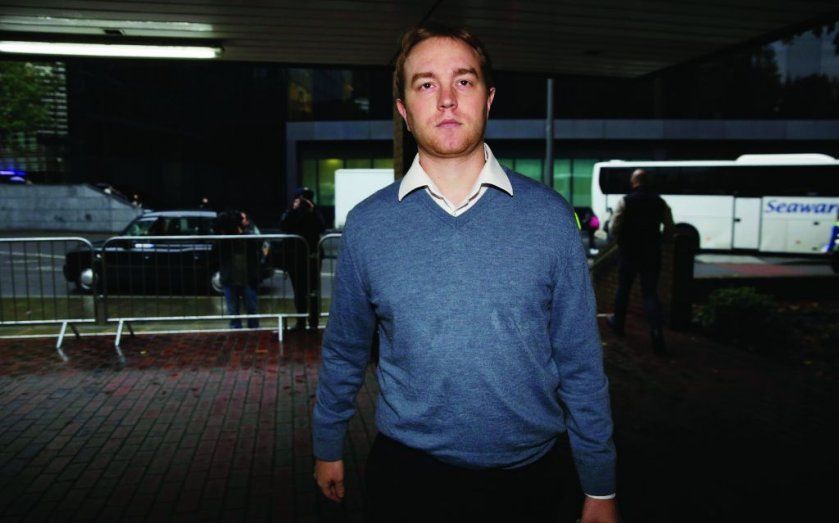 Top City lawyers are describing the conviction of Tom Hayes as a “game changer” for the prosecution of white-collar crime, saying that the decision paves the way for more people being charged and rescues the reputation of the Serious Fraud Office (SFO). A jury convicted Hayes, a former UBS and Citigroup trader, on Monday on eight counts of conspiracy to defraud in connection with the Libor fixing scandal. A judge sentenced the 35-year-old former City worker to 14 years in jail for his part in manipulating the benchmark interest rate. Ben Rose, a partner at Hickman and Rose, told City A.M. that the SFO, which investigated and prosecuted Hayes’ case, would likely feel “emboldened” by the court’s decision to continue pursuing Libor cases: “If the SFO had lost the Hayes case, it is likely that they would have been forced to take a long, hard look at the evidence they had in the forthcoming Libor trials.” Sarah Wallace, a partner at Irwin Mitchell, echoed Rose’s comments, telling City A.M. that the SFO would likely display a “renewed vigour” in pursuing other cases in the Square Mile: “I think they will be confident right now that they are doing the right thing, certainly with respect to the City.” The solicitors’ comments came as SFO director David Green said that he planned to file fresh criminal charges in the coming months against other former bankers for their role in the Libor scandal. An SFO spokesperson contacted by City A.M. would not comment on how many more individuals were likely to come before the courts. The SFO is understood to have more than 80 investigators and lawyers looking into the Libor case, and has already charged 13 former City workers – including Hayes ­– in connection with interest rate rigging. Six of the men are set to stand trial next month having pleaded not guilty. Another five are awaiting trial next year, while one individual has pleaded guilty. Multiple lawyers said yesterday that the Hayes conviction was “an important landmark” for the SFO, an independent government office which has come under criticism in recent years for making secret exit payments to senior staff members and mishandling a case involving the Tchenguiz property developers. During the last parliament, MPs on the influential public accounts committee openly criticised the SFO, and home secretary Theresa May is reported to have pushed to abolish the department in favour of handing over its responsibilities to the National Crime Agency (NCA). But solicitors say the department saved itself with the Hayes verdict. “It is an open secret that the SFO has been up for review, and they had lost a number of high-profile cases,” Rose told City A.M.. “I think that politically it would have cost them dearly to lose this and possibly have put their survival in question,” he added. Another leading City lawyer who represents clients in SFO cases, agreed, telling City A.M.: “If this had failed, then that would have been enormously damaging, with so much vested in obtaining a conviction.”