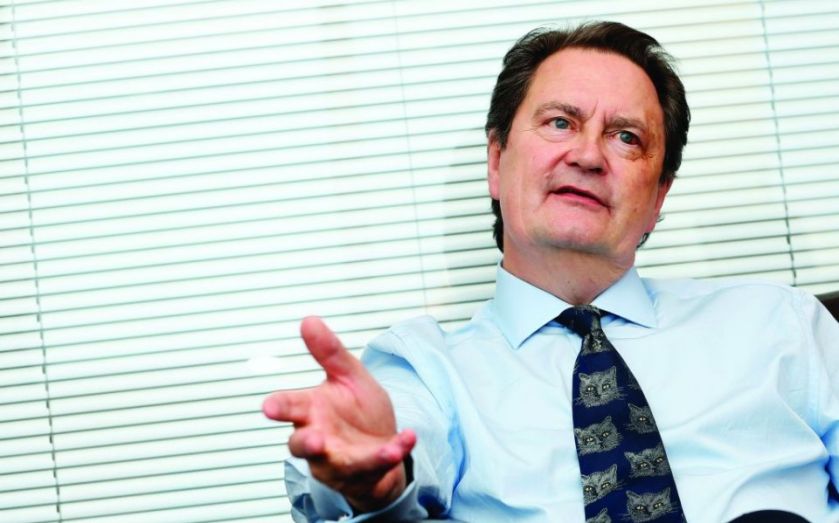 Other than their membership of the UK’s blue-chip share index, what unites Barclays, G4S, GlaxoSmithKline, Rolls Royce Holdings and Tesco? The answer is that they all feature prominently in the caseload of David Green, the director of the Serious Fraud Office.

Britain’s principal white-collar crime-fighting agency has come a long way since Green inherited the catastrophic probe into the Tchenguiz brothers in April 2012.
I interviewed Green this week, and he is the proper embodiment of his role: lawyerly, measured and composed.
But he had harsh words for the home secretary, Theresa May, who has made no secret of her appetite for folding the SFO into the National Crime Agency.
“Any such change would be massively disruptive to existing investigations and would provide succour to those individuals and companies who feel the right course is not to co-operate with SFO in the course of the investigation,” he said.
“All of those [firms we are investigating] are household names…and there is a need on the part of any agency conducting that task to be visibly, demonstrably independent of government.”
The SFO’s long-term track record might not inspire confidence, but neither would further delays caused by yet another bureaucratic overhaul. Whoever forms the next government ought to pay close heed to Green’s warning.

BITING THE HAND THAT FEEDS YOU

Is the mutual mistrust between the buyout sector and institutional investors entering a new phase?
After KKR’s eleventh-hour purchase of Trainline last month, it’s a question on the minds of most of the top fund managers I speak to. Many of them are furious that they were reassured by
Exponent Private Equity that it was singularly focused on a flotation of the online rail-booking service, even as talks were proceeding with potential buyers.
Journalists were equally misled, with Exponent’s spinners at FTI Consulting insisting the week before the sale was announced that no such discussions were taking place.
Several have gone so far as to imply that they would boycott any future IPO of an Exponent-backed company, which could yield an intriguing series of meetings if the buyout firm attempts to offload its meat-substitute business Quorn through the public markets.
The episode is certainly affecting sentiment elsewhere.
One top institutional investor said wearily that he was disinclined to spend any time on Auto Trader now that it has emerged that Hellman & Friedman is preparing an offer for the secondhand car-seller.
Sources say that Apax Partners, the company’s owner, has added JP Morgan, Morgan Stanley and Numis Securities to work alongside Bank of America Merrill Lynch on the IPO.
The process could become a litmus-test of investors’ willingness to engage during explicitly dual-track processes.
Private equity groups need to be careful they don’t antagonise a constituency that they cannot live without.

Until this week, George Osborne and the IT services group Computacenter had little cause to be mentioned in the same breath.
But in an announcement on Monday, the company said that it would return £100m to shareholders following the disposal of RD Trading, a subsidiary.
The timing, City sources say, was largely driven by the sale, but also with one eye on legislative changes announced in December’s Autumn Statement related to the taxation of dividends.
Bankers say many other companies are contemplating similar moves before the end of the tax year. Yet another windfall for bankers and accountants, then.