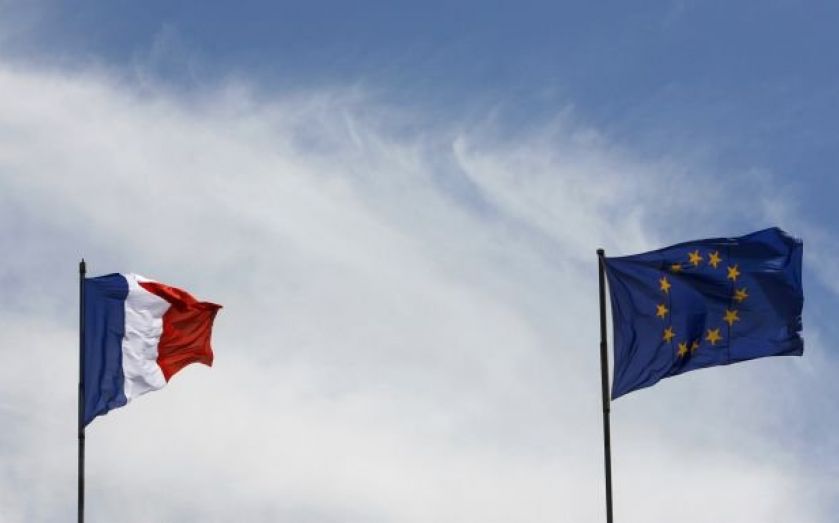 France is struggling to keep up with the rest of Europe when it comes to economic growth, prompting the Centre for Economics and Business Research (CEBR) to dub it "the sick man" of Europe.
According to a CEBR report, France is yet to see the benefit of measures put in by the European Central Bank (ECB) in June to counteract disinflationary forces across the single currency zone. These included lowering interest rates and launching longer-term refinancing operations, both aimed at encouraging lending to stimulate the economy.
The Eurozone is now expected to reach annual growth of 1.1 per cent by the end of 2014, rising to an average of 1.5 per cent between 2015 and 2019.
However, France's economy has barely grown since 2012 and the CEBR predicts it will expand by just 0.8 per cent over 2014 – less than the European average and below growth rates in the UK, Greece and Germany.

Living standards in France are also expected to take some time to improve, since although French GDP has recovered to its pre-crisis peak in 2011, GDP per capita remains below pre-crisis levels and is not expected to recover until 2017.
Germany, UK and Greece are all set to have higher a growth in GDP per capita than France over the next five years.
After having a budget deficit equalling 4.3 per cent of GDP in 2013, France is under pressure to consolidate its public finances to keep within the European Union's limit of 3 per cent. "Significant challenges lie ahead for the French economy in terms of improving damaged competitiveness and reducing structural unemployment," the report says.
All this has resulted in CEBR describing Europe's second largest economy as the new "sick man" of Europe.
The centre's economist and main author of the report Danae Kyriakopoulou said: "While too much noise has been made about the PIIGS (Portugal, Italy, Ireland, Greece, and Spain) and their slow progress in enacting reforms, there is also a French elephant in the Eurozone room that no one dares to speak about.
"Huge challenges lie ahead for France in terms of consolidating its public finances, improving damaged competitiveness, and reducing high structural unemployment.
"While the troubles of the region's periphery have so far proven manageable, a crisis in the bloc's second-largest economy could have dramatic consequences for the viability of the currency union and push the Eurozone to breaking point."