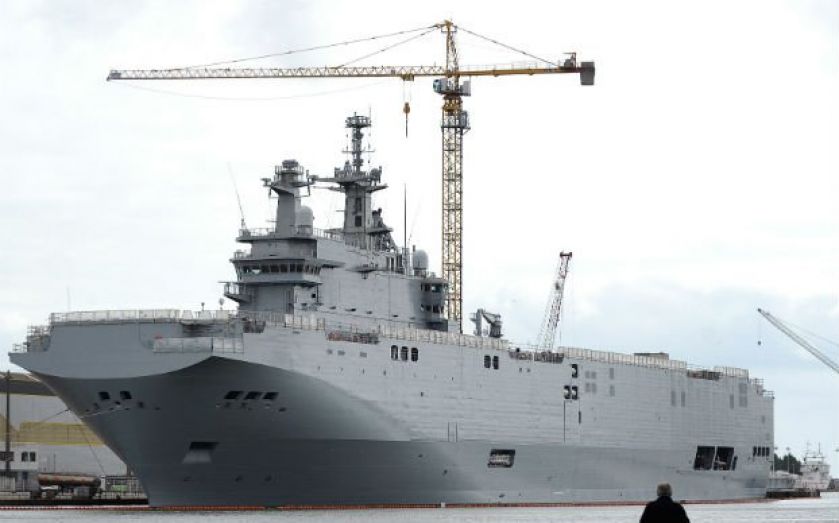 The French government has halted the controversial delivery of a warship to Russia over the escalating tensions in Ukraine.

President Hollande said conditions were “not right” to deliver the first of two warships to the Russian navy as part of a €1.2bn (£959m) contract.

The French government had previously resisted calls from other countries to halt the delivery of the Mistral navy assault ships.

The decision was made ahead of a meeting of world leaders at the Nato Summit in Newport later today and as EU leaders consider further sanctions against Russia.

In a statement from the Elysee Palace, France said:

"The president of the republic has concluded that despite the prospect of a ceasefire, which has yet to be confirmed and put in place, the conditions under which France could authorise the delivery of the first helicopter carrier are not in place."

French officials said the deal had not been cancelled- a move that could cost the country €1.1bn in fines.