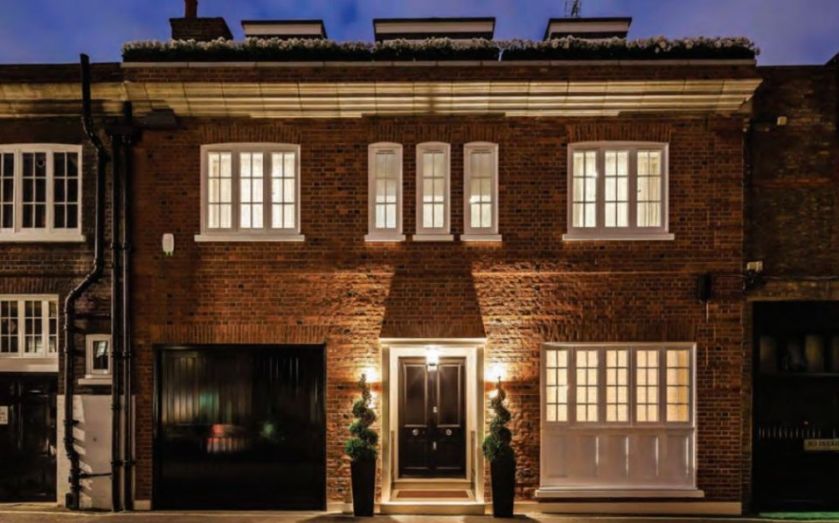 A former garage in Mayfair which once housed 1920s sports cars has smashed the record for the world’s most expensive mews house after being sold for £24m.

The four-storey property, known as 43 Reeves Mews, dates back to 1734 when it once served as stable quarters housing servants and groomsmen of the super-rich residents of Grosvenor Square.

In the 1920s, the mews became where Mayfair’s rich playboys known as the Bentley Boys including Woolf “Babe” Barnato – heir of the Kimberley diamond mines and winner of three Le Mans 24-hour races – kept their cars.

The building was converted into a luxury seven-bedroom home by developer Fenton Wheeler and put on the market with a £24m price last year.

It is understood to have been sold to Qatar’s former deputy prime minister Hamad Khalifa Abdullah Al-Attiyah.

Fenton Wheeler and agents acting on the deal declined to comment.

The 6,250 sq ft home is unusually big for a mews house, featuring a cinema and a gym as well as rooftop terrace, lower ground floor patio, staff quarters and a garage.

"To have one this size and this tall is really unusual," he said. "Unlike many other mews conversions it is also predominantly above ground."

"When we started Lurot Brand in 1971, no-one wanted to touch mews homes. Agents simply weren’t interested. But slowly we have got better prices for them and now we regularly get better prices than we would for a basement or ground floor flat on a nearby street. The car service garages have gone and instead there are box hedges and wisteria."

He added that the discreetness of mews houses made them popular with high profile buyers.