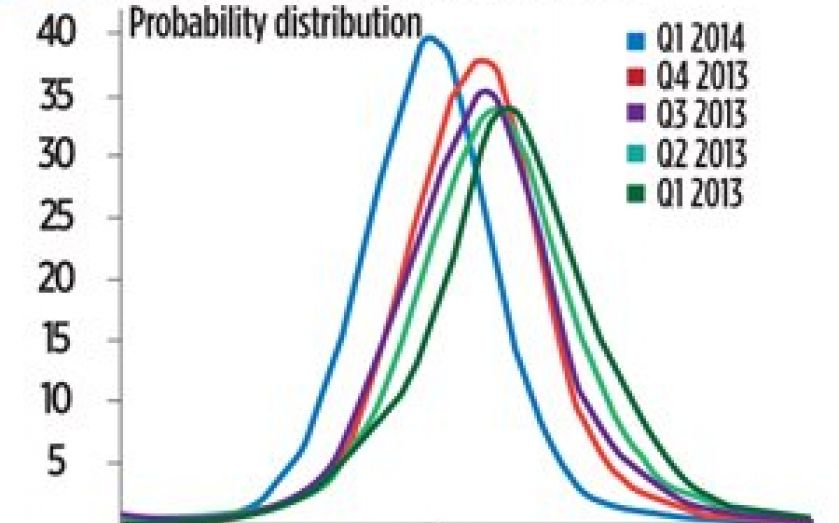 PRIVATE forecasters have slashed their estimates for inflation in the Eurozone this year and next, according to the European Central Bank (ECB).

Both projections are well below the ECB’s official target rate, which is close to two per cent.

“They will have certainly raised some eyebrows in Frankfurt, and confirm a key risk – that by allowing inflation to remain low for a prolonged period, the ECB ends up losing the credibility in the commitment to its mandate,” said Luigi Speranza of BNP Paribas.

Barclays researchers yesterday also suggested that the Eurozone could even head down an outright deflationary path, as Japan did in the late 1990s.

The report says: “Overall, our assessment is that the risks of a region-wide deflationary period are significant, and certainly bigger than what is currently priced into financial markets or being publicly acknowledged by Eurozone policymakers. Either way, the likelihood of a prolonged period of falling price levels in at least several Eurozone countries looks very likely.”

Two countries in the currency union recorded deflation in 2013, with Greek and Cypriot governments both reporting falling price levels.

In Spain and Portugal, prices are still rising but at a much slower pace, with increases of below 0.5 per cent in the last 12 months.