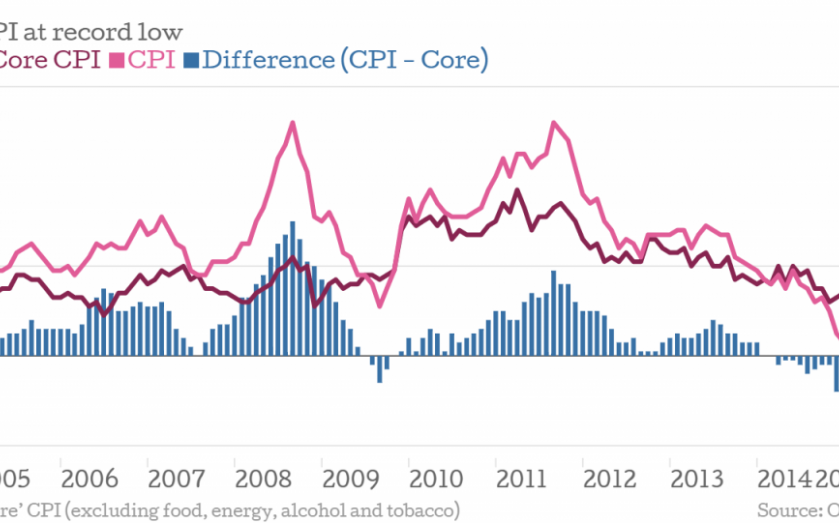 Could this be the week the UK officially goes into deflation? Office for National Statistics figures out this Tuesday are expected to show that UK Consumer Price Index (CPI) prices dropped 0.1 per cent in February, after hitting record lows of 0.3 per cent last month.

Behind the possible entry into deflation is a drop in energy prices, which have fallen as global oil prices have been shelled. Food prices have dropped too, with the effects of a supermarket price-war being keenly felt.

The Bank of England has itself admitted that deflation is a possibility, with governor Mark Carney refusing to rule it out. Oil price are unlikely to affect long-term deflation as the measure is annual change; as Carney himself pointed out, once it hit rock bottom its effects will begin to be diluted. 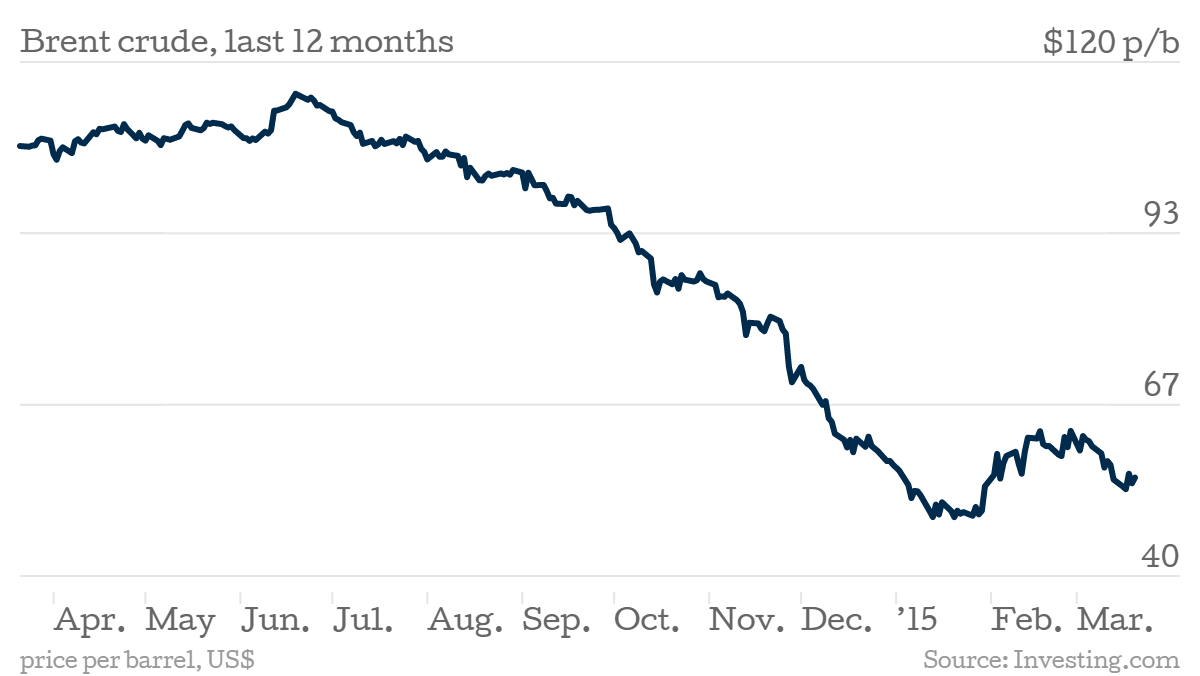 Nonetheless, the spectre of deflation is one that may spur the Bank into action. Andrew Haldane, the Bank’s chief economist, has even suggested that interest rates may be cut from their record lows, despite most of the talk in recent times angling towards a rise.

In my view, that means policy needs to stand ready to move off either foot in the period ahead to meet the symmetric inflation targeting.

Haldane said at a speech during the BizClub lunch last week.

Carney, however, is aware that hasty action may be detrimental.

The thing that would be extremely foolish would be to try to lean against this oil price fall today [and] try to provide extra stimulus to try to get inflation up at this point in time.