The 2012 Olympic Games may feel like they happened last century, but their legacy lives on in Stratford. Though it resides in Newham, one of the most deprived boroughs in the capital, the host neighbourhood of the Games has attracted a phenomenal amount of property investment in both commercial and residential sectors.

There are currently around 2,200 residential homes being built, while another 8,500 are currently working their way through the planning system, with around 30,000 new homes planned by 2030. Putting aside the monolithic Westfield Stratford City – the largest indoor shopping centre in Europe – the borough’s sparkling residential towers can be seen for miles around.

According to Savills Research using Land Registry figures, the average second hand sale price is around £423,000, though more can be achieved on new builds in Queen Elizabeth Olympic Park. Going for around £800psqft, prices drop to around £750psqft in the old town centre, then fall to £650psqft in the largely underdeveloped Pudding Mill Lane area towards Bow and to £600psqft in the Maryland area towards Leyton, which is due to get its own Crossrail station by the end of the year.

Yet, prices rarely push above £600,000 and some agents, such as Chris Clark, divisional partner in the residential development division at Glenny’s estate agent, thinks it’s down to Help to Buy.

“Most new build units in the area are being sold through Help to Buy, and units priced above the cut-off of £600,000 are struggling to sell which is evidenced by an increased supply of three-bedroom apartments and houses on the market,” Clark says. “There is anecdotal evidence of developers being prepared to drop the price of these units in order to drive sales through Help to Buy, which could be good news for potential buyers.” 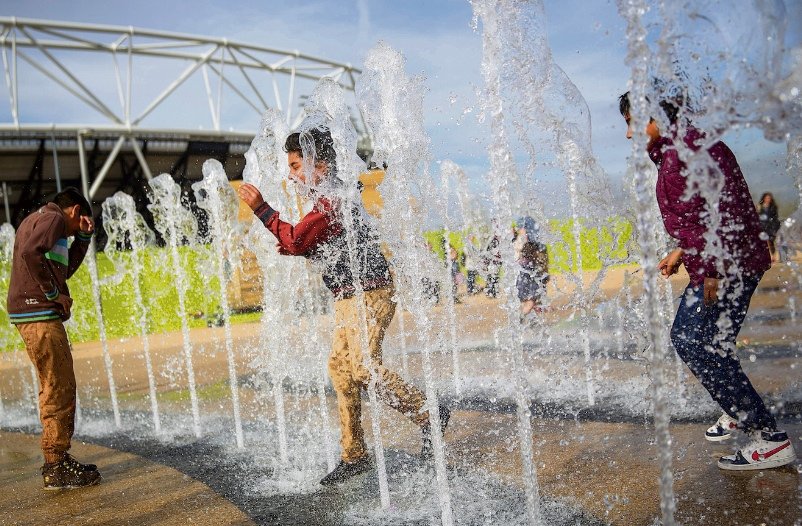 Kids playing in the fountains in the Queen Elizabeth Olympic Park

That’s not to say that there isn’t money to be made by investing in the area. Businesses moving into the area – ranging from the Financial Conduct Authority to BT Sport to tech start ups at Here East, before even considering the arts institutions such as the V&A and Sadler’s Wells – are attracting a steady stream of young professionals to move into the area, meaning that there’s a growing demand to live in Stratford.

“[Young professionals] have driven price growth and over the last five years, average house prices here have risen some 72 per cent compared to 27.8 per cent across the capital,” says Frances Clacy, research analyst at Savills Research.

Agents at Foxtons also agree that there’s a link between business investment and residential interest in Stratford. “With the International Quarter already underway, which has since attracted many large businesses and more employment into the area, potential buyers are using these factors as reasons for relocating and moving to the area,” says Simon Hart, Foxton Stratford’s sales manager.

Families are looking at the area, too, says Jack Arkell, from residential agency JLL. “They are particularly attracted to developments such as Chobham Manor and New Garden Quarter – low rise schemes with three-bedroom apartments and three to five-bedroom houses.” 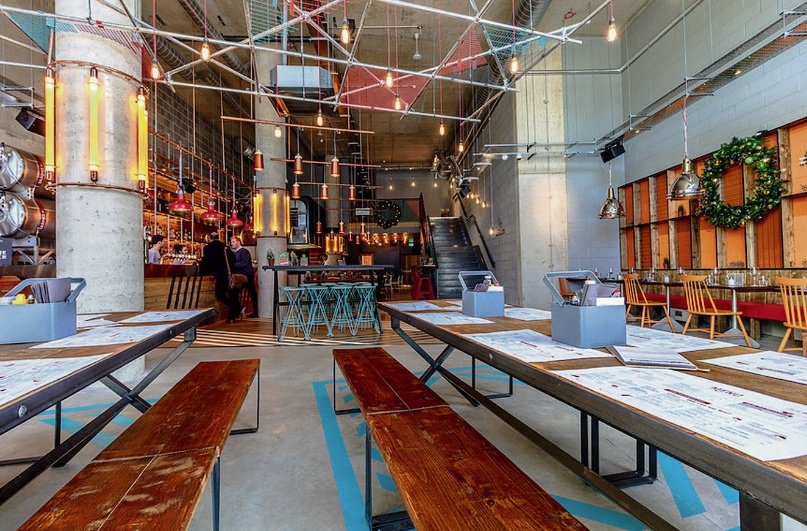 Living in or within walking distance of the Queen Elizabeth Olympic Park is probably the best perk of buying or renting in Stratford. Residents have access to world class sports facilities such as the Zaha Hadid-designed Aquatic Centre and the Velodrome, both of which are open to the public. During the summer, visitors can bask by the River Lea and take a stroll right through to Hackney to dip into hipsterville. On the edge is Westfield Stratford City, an enormous shopping centre with a bowling alley, cinema, a 24-hour casino and countless restaurants. The E20 postcode is also home to a couple of new restaurants including Darkhorse, a continental Mediterranean eaterie in the former Athletes’ Village, and Neighbourhood, a casual grill and craft beer pub in an industrial space in the East Village. For an old school Stratford boozer, there’s King Edward VII, known locally as the King Eddie’s, a Victorian Listed pub with etched glass windows, a small garden and a cracking Sunday roast.