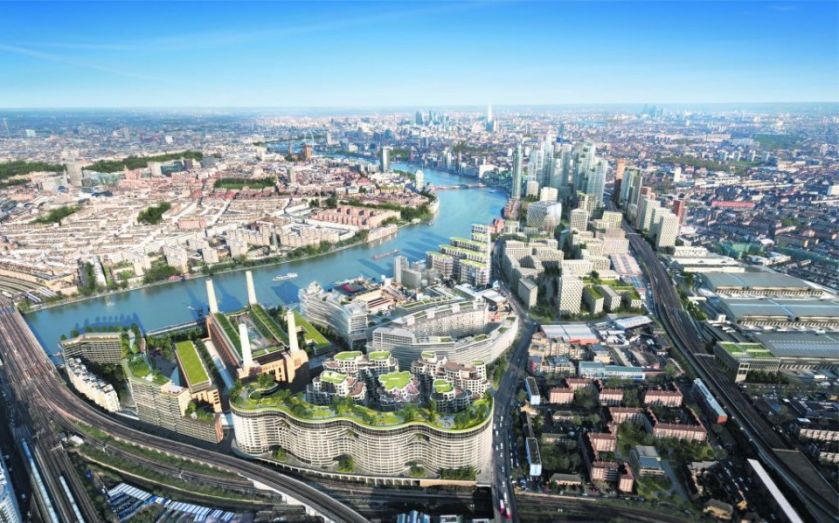 Battersea’s venerable institutions – from its power station to its Dogs and Cats Home – often overshadow its considerable success as a residential destination.  While houses easily soar over the £1m mark in this part of south-west London, UK buyers still account for 76 per cent of the market, 80 per cent of whom use the property as their main residence, according to Savills. The estate agent’s research also shows that prime property prices in the area have risen by nearly 52 per cent since 2009. Spots next to Battersea Park or the Albert Bridge have proved especially lucrative, along with homes in the catchment areas of “Outstanding” rated primary schools such as Honeywell and Belleville.

Rentals tend to attract well-heeled young professionals who have migrated across the river from Fulham or Chelsea for more affordable homes. Kinleigh, Folkard & Hayward’s Battersea branch reports a rise in the number of properties being rented in the area this year, with rising interest near Battersea Park, which is within easy reach of Clapham Junction tube station.
“Despite the variety, there is a real shortage of property in the area, not least because the vast majority of people who buy in SW11 never have the inclination to move,” explains George Franks, sales director at agent Douglas & Gordon. “Small scale, colloquial development has driven pockets of regeneration, although the strict conservation regulations ensure that the majority of building work is restricted to conversions rather than delivering an expanse of new builds.”

But venture towards Vauxhall, and it’s a different story. Practically every major housebuilder in London has a stake in Nine Elms, a formerly industrial area on the riverbank that’s now one of the biggest regeneration hotspots in the capital. With over 22,000 new homes, new schools, parks, a tube station and a pedestrian/cycle bridge across the Thames either being planned or built, the area is set to make a significant mark on the city’s contemporary architecture. Apart from Battersea Power Station, that is, where an Elton John concert underneath the iconic chimneys last year heralded the arrival of new luxury apartments. For investors, JLL’s last Central London Development report expected growth of 4 per cent in new homes in the area this year, buoyed by the interest generated from the third phase at Battersea Power Station.
Once the New Covent Garden Market and a revamped £620m US Embassy materialise, there’s nothing stopping it being one of the most desirable places to live in London, and Battersea can only benefit from having such a young, stylish neighbour.
But for now, Londoners choose to live there to upsize in a central location that’s close to two huge parks. Mayow Short, head of Savills’ local branch, says these attractions “combined with the attractive housing stock and excellent schools, have made Battersea synonymous with laid-back, family-focused charm.”

FIVE REASONS TO MOVE TO BATTERSEA

1 Battersea Arts Centre, in the Grade-II listed former town hall, puts on comedy and an array of original theatre productions all year.
2 You won’t only be close to the river, you’ll also have one of London’s most glorious parks on your doorstep. Battersea Park has a plethora of wildlife, an art gallery, a zoo, and a sports arena.
3 The decommissioned coal-fired Battersea Power Station is set to house some of the most sought-after homes in London. Roof gardens, arts centres, cafes and shops are also planned in addition to a new tube station.
4 Northcote Road is Battersea’s retail hub, bustling with cafes, boutiques, bars and a lively market on every Monday to Saturday.
5 With Clapham Junction – famously Britain’s busiest railway station –, Battersea Park and Vauxhall nearby, there are plenty of ways to get around. But the extension of the Northern Line to new riverside neighbourhood Nine Elms and to Battersea Power Station mean the area is soon to be spoilt for transport options.

PRIVATE VIEW: ON THE MARKET IN BATTERSEA

This good-sized family house is on a popular road that’s in the catchment area of Honeywell Primary School. It boasts a south-facing garden and five bedrooms spread across 2,200sqft of space, including a master bedroom with an ensuite bathroom in a converted loft space on the top floor.
Contact sales agent Hamptons International’s Battersea branch on 020 7924 2170 or visit hamptons.co.uk.

Five bedrooms are spread over five floors of this family home overlooking Battersea Park. Measuring over 3,500sqft, the house has been interior-designed and has a large flexible ground floor space, which is currently home to a home cinema, gym, show and utility room and a double bedroom – perfect for an au pair.
Contact Douglas and Gordon’s Battersea Park office on 0207 720 8077 or visit douglasandgordon.com.

Close to the market, cafes and restaurants of Northcote Road, this development from Linden Homes is a collection of 44 new or refurbished private one, two and three bedroom apartments in the building of a former police station. Homes are due to go on sale at the end of the month.
To register your interest and to find out more, call 0844 644 2615 or go online to lindenhomes.co.uk.
Share:
Tags: Battersea Power Station Property Archive