Five reasons why tech stocks are in trouble 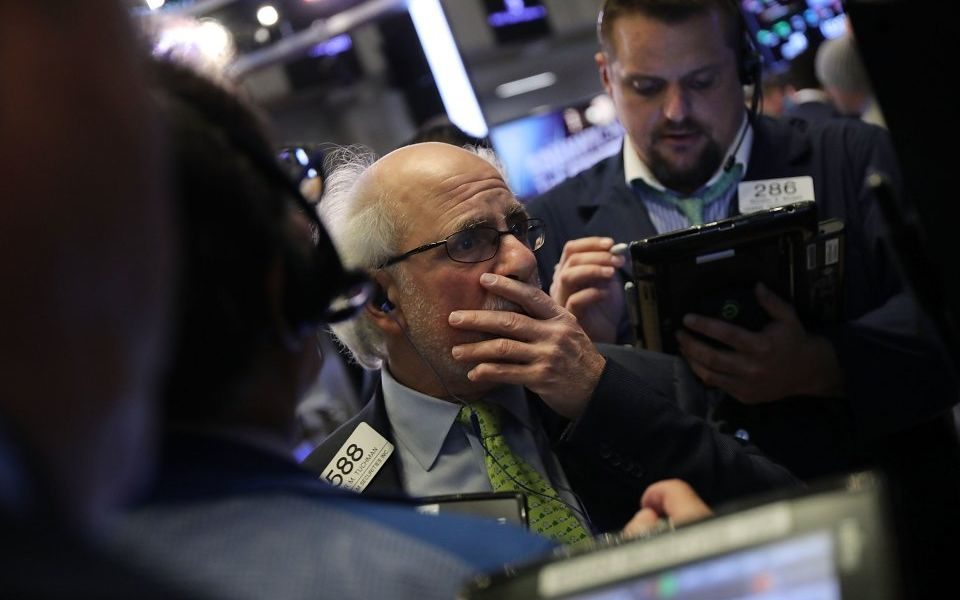 For months, technology stocks have been the holy grail for growth, with valuations reaching dizzying heights.

So, considering that what goes up must come down, perhaps it’s not surprising that stocks started tumbling last week.

Share prices for each of the five tech giants – Facebook, Amazon, Apple, Netflix, and Google (the so-called Faangs) – fell sharply during trading on Monday last week. And while they all picked up slightly the following day, the week saw all the Faangs slump somewhere between three and 9.3 per cent, with Apple suffering the biggest weekly fall.

Given that Faangs had been the ring-leader for growth in US stock markets, both the S&P 500 and Dow Jones indices also took a hit, closing the week down between 3.6 and 4.4 per cent respectively.

“The Faang stocks are now suffering from their own glory,” says Fiona Cincotta, senior market analyst at City Index. She points out that while previously these companies could do no wrong, they are now selling off much quicker than other stocks.

There is certainly cause for concern – let’s look at the five reasons why these stocks are struggling.

There have been growing concerns that the share prices of tech stocks are too inflated. The problems arise when trading times get tough, because overvalued stocks are usually hit first, explains Pierre Veyret, technical market analyst at ActivTrades.

Part of the problem is that investors no longer expect the growth in profit that they’ve seen over the past year or so. “If the sales are not double-digit and spectacular – as is the case in with the latest iPhone – the disappointment quickly translates into a sell-off in shares,” warns Cincotta. “The sell-off then triggers chart signals, which provoke more and faster selling.”

The Federal Reserve has been ramping up the US interest rate since 2015, and in September, it hit 2.25 per cent – the highest rate seen since the financial crash of 2008. Last week, Fed chairman Jerome Powell confirmed that there would be more rate rises next year, which is bad news for the companies that need to borrow money because it makes debt more expensive.

Lukman Otunuga, research analyst at FXTM, also explains that the prospects of higher US interest rates make bonds more attractive to investors in comparison to stocks. “With the Fed expected to raise interest rates in December (and next year if economic data warrants), tech stocks could be in for a world of pain.”

Earlier this month, President Trump hinted on Twitter that trade talks with China were “moving along nicely”, but the market remains skittish about whether the two economic superpowers will reach a truce.

In the meantime, the problems created by the trade tariffs are getting worse, acting as a drag on growth. “The trade war had an increasingly negative impact on electrical machinery, equipment, and electronics imports from China (26.3 per cent of total imports), which led to reduced profit margin for US tech companies,” explains ActivTrades’ Veyret.

Cincotta also stresses that Faangs are highly cyclical stocks. “When the global growth outlook was strong, the Faangs flourished. Weakening confidence in the global economy has put an end to this run, sending the Faangs into bear market territory.”

While the above macro reasons are clearly troubling technology stocks, there are other more company-specific issues that are causing some stocks to tank.

Apple has plunged by more than 25 per cent from the highs seen in October this year. Traders seemed disappointed by the company’s latest results (published on 1 November), particularly given that sales figures failed to reflect the hype that Apple had created around the new iPhone XS.

“Apple’s struggles have been particularly prominent, and we often see that when Apple falls, it drags the Faangs and the broader tech market lower,” Cincotta explains.

She agrees that investors have been growing wary over sales of Apple’s flagship product, and that fears were confirmed by reports of production orders being cut for Apple’s most recent iPhone releases. Apple has also said it will not release figures for its iPhones and other products going forward, which has raised concerns that they have got something to hide.

“There is a growing sense that Apple is no longer the great innovator that it once was,” says Cincotta. “With stiff competition from the likes of Samsung and HTC, Apple can’t expect to live off former glories.”

Another company facing myriad problems is Facebook, which has struggled since the Cambridge Analytica scandal emerged earlier this year.

The saga was aggravated after the social media platform challenged a £500,000 fine imposed by the UK’s financial watchdog over the data breach, while the firm’s chief operating officer Sheryl Sandberg faced questions from US Congress last week.

But the problems don’t end there: Facebook has also been embroiled in issues linked to fake news, ad transparency, and has been accused of using shady PR tactics. It certainly faces an uphill battle over coming months.

Is a bear market imminent?

This has been the longest US bull market in history, and talks of a bear run have been getting louder.

FXTM’s Otunuga reckons that the tech-driven sell-off is likely to stimulate concerns over the bull run finally coming to an end.

“With ongoing trade tensions, fears over slowing global growth, geopolitical tensions, and depressed oil prices weighing on risk sentiment, this could truly be the end of the road for global equity bulls.”