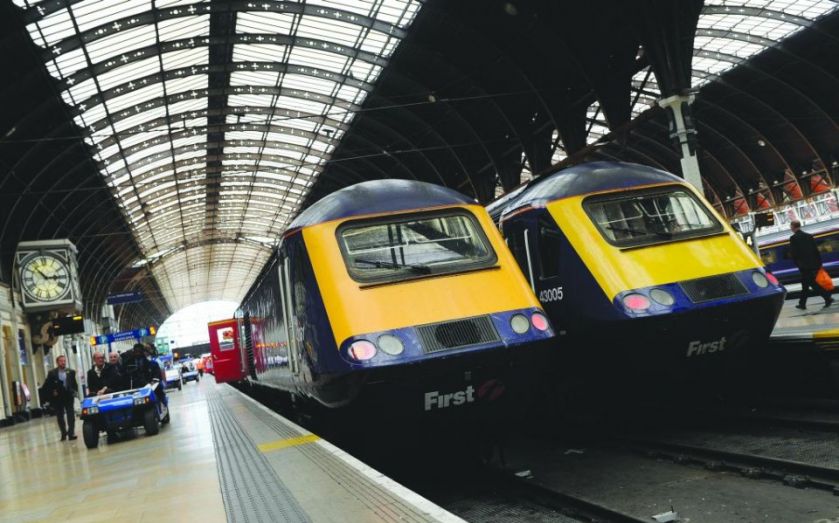 After a string of disappointments, rail operator FirstGroup has at last had a bit of good news.

Light appeared at the end of the tunnel for rail operator FirstGroup yesterday, with shares jumping 4.16 per cent after the company announced that its First Great Western franchise has been extended for another four years.
Shareholders were no doubt impressed and relieved, given that First has weathered more than a few storms in recent years.
In 2012, the group was rocked by a shock profit warning, and later that same year its West Coast Mainline franchise contract was scrapped by the government in favour of a deal with rival Virgin Rail Group.
The following year saw the company embark on a £615m rights issue in an attempt to reduce debt.
Meanwhile, 2014 brought with it a series of embarrassing headlines, as FirstGroup missed out on important contracts and lost key franchises to competitors.
The firm has also faced numerous shareholder revolts over boardroom pay, unsurprising given that the share price has more than halved over the past three years.
Added to that is the political pressure the private rail sector on the whole is facing if Labour finds itself in a position to push ahead with plans to “put the current franchise system in the bin”, as Michael Dugher MP, the shadow transport secretary, put it yesterday.
“The current franchising system is not fit for purpose for either the travelling public or the taxpayer,” he said. Labour’s plans to create a public sector operator to rival the current players are not helpful to the struggling FirstGroup.
However, a source close to the company said that yesterday’s announcement was a sign of better things to come for FirstGroup, its passengers and investors.
While acknowledging the “series of setbacks” at the firm, the source noted that the Department for Transport extended the First TransPennine Express franchise at the end of last week: “That’s two good bits of news in quick succession. I think most investors would see this as reassuring.”
Analysts were more measured in their take on the news coming out of FirstGroup. Nomura analyst James Hollins said: “I don’t think you can read too much into it. I think people may have worried that [the extension] might not be granted, so there might be some relief.”
The TransPennine contract will be re-tendered next year, and Hollins pointed to that process as an opportunity for First Group to show that a turnaround really is underway at the company.
“Winning a competitive tender would certainly help – it have an opportunity with the TransPennine franchise, that would go some way to persuading investors,” he said.
Gerald Khoo, an analyst at Liberum, agreed: “Clearly it’s good news and the company will be pleased and relieved to have got this deal done.”
However, he added: “It wasn’t a competitive decision – they only had to beat themselves.” This is true of the recent TransPennine Express decision too, of course – these are merely extensions of existing contracts, not new deals where the group has had to prove its worth against rival rail operators.
“I think it’s taking it too far to say that this signals the company is making a turnaround,” continued Khoo. “It doesn’t really read across to anything else – but when you’ve had a run of bad news you’re going to be pleased with any good news.”

More seats for commuters in “key cities” like Bristol and Exeter, a doubling in seats to Cornwall and more direct trains into Devon.
Faster trains between south Wales, Bristol and London, with journey times of 79 minutes between London and Bristol Temple Meads
100 additional customer-facing employees on long distance trains
Plans for new or updated trains in every area of the network, with three million additional seats a year
£50m investment with partners to improve stations and create 2,000 more car parking spaces
£2.2m fund to target station and train service improvements around areas of social need and lower income communities