Fintech Lookahead 2016: The disruptors you should be looking out for 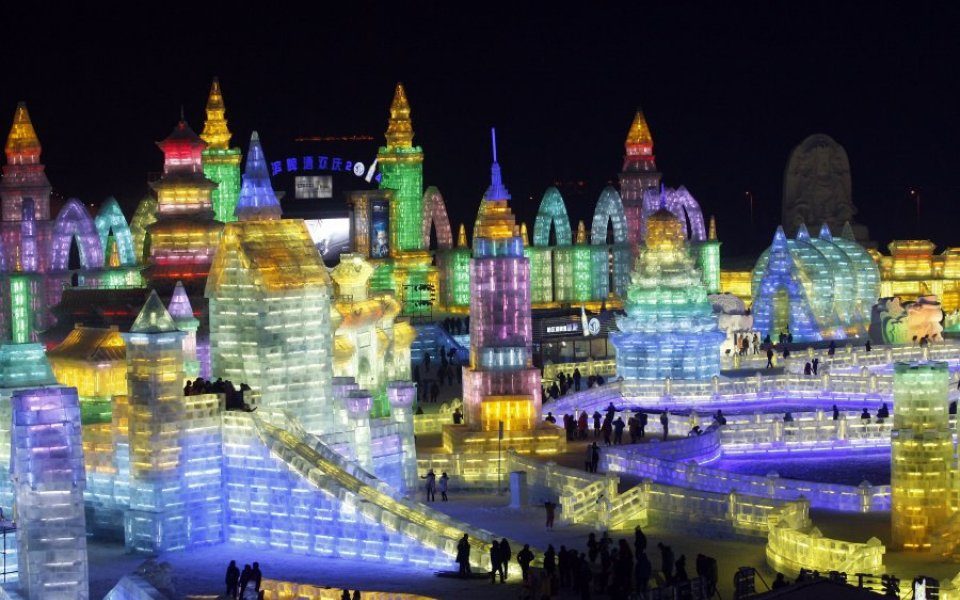 What can we expect to see from the fintech industry over the coming year? And what kinds of companies are leading the charge?

In its 2015 Global Banking Annual Review, McKinsey said that “banks are under attack from new technology companies and others seeking to poach their customers. To date, banks’ losses to attackers have been little more than a rounding error. But as digitisation accelerates, banks will be in a battle for the customer that will define the next ten years for the industry.” The management consultancy estimates that, in five major retail banking businesses – consumer finance, mortgages, SME lending, retail payments and wealth management – 10 to 40 per cent of revenues will be at risk by 2025 from businesses that will erode existing customer relationships. So I take a look at four that are changing the game for consumers.

Borro is an alternative finance provider offering a service which, even within alt fi, is still rather novel. A marketplace for short-term secured loans, it targets customers who are overbanked – i.e. very affluent – but who have been let down by traditional finance. “Credit scores don’t cut it for them and they might have a demand for cashflows that exceeds their existing liquidity and the type of credit that traditional lenders can provide,” explains Paul Ebert, vice president and head of business development at Borro.

The firm gives customers a way to borrow against their luxury assets – and fast. Borro will usually get a loan to someone in 24 hours, with the average loan size at £70,000 and term of five months. Think about it as extremely high-level pawnbroking, if you like – but the asset values are far larger, and it’d be a mistake to assume that Borro’s clients don’t have other financing options available to them: they’re often businesspeople who want to make the most of an opportunity quickly. “If you’re someone who doesn’t use credit for a long while, then maxes out, you’re not going to look very sexy to a bank. But we just look at the less liquid assets that the banks can’t deal with,” says Ebert.

Borro has several banking partners in the UK and US, and receives referrals every week from new banks and auction houses. It’s also currently talking to private banks in Europe. Ebert says he would love to see a bank “formally acknowledge that it works with us” – so further partnerships can be formed and the company can advance how it services them. “It’d mean we could make the interface for referrals far simpler and more transparent. I think this is where we’ll see investment – in smart partner platforms. Wealth managers could refer clients and track their progress in real time.”

And this hints at what fintech could mean for the wealth management industry: extremely fast indications of whether a client can borrow, a marketplace of alternative options to recommend, and direct relationships with a network of providers. Indeed, it isn’t too difficult to imagine a world where the adviser wouldn’t necessarily need to operate within an institution – they could turn to numerous services at once, and technology would make it easy.

When I asked to speak to the founder and chief executive of Even, he respectfully declined – the tiny Californian firm is only in beta, and has been swamped just trying to get a trial product out to customers.

But this company is worth mentioning. Even is a consumption smoothing app. It enables people with volatile income to pace their spending, meaning they don’t have to be short for a few days, overdrawn or have to rely on a payday lender. By calculating how much you make on average each day, the app is able to pace deposits into a current account in order to cover spending.

“How many of us actually know how much we need to live on?” says Lisa Barrett, chief operating officer at VC firm Mustard Seed. “What’s interesting is that, until now, these kinds of challenges have been looked at in terms of how to increase the money people get. Of course, there’s some truth to ‘increase the money, things get better,’ but people can make more money and their life circumstances don’t change.” Barrett points out that, if an individual doesn’t always have their basic needs satisfied, it’s extremely difficult to progress onto medium and long-term ways of planning and saving.

An app like Even won’t solve the problem of people not having enough, but it will help them make better financial decisions, budget-planning from the ground up (known as zero-base budgeting) and realising where they could save. A similar product here in the UK is Squirrel, which helps users distribute their income on a weekly, rather than monthly, basis. It also plugs into employee benefits, working with companies who want to assist their staff in making better spending decisions. Then there’s HelloWallet, which focuses on helping to make longer-term and retirement saving easier. And Barrett is currently talking to a company that wants to use tech to make estate planning more readily available – barriers to entry are traditionally high and this service is typically only available to wealthy clients.

Barrett is certain that apps like Even will mean we’ll soon see services traditionally the preserve of the affluent available far more widely, disrupting the financial adviser/wealth manager structures we’re familiar with. “As these companies get scale, we’ll see huge disruptions, and I hope that’ll be an increasingly common thing.”

Post-crisis, a handful of challenger banks popped up: think Aldermore, Shawbrook and Metro. Providing loans to SMEs, or mortgages, they fund them through the traditional banking model – by taking deposits from middle class Brits. But what comes next? Enter the mobile-only bank. In June, Atom Bank got the green light (via a banking licence) from the regulators. And last month, Mondo released its first tranche of debit cards – it hopes to get its banking licence in the second half of 2016.

So far, over 10,000 people have signed up to join the latter once it opens. Many are hailing these companies as interesting because they’re innovating at the current account level – the service which sits at the heart of banks’ relationships with customers.

For Mondo’s founder and chief executive Tom Blomfield, banking simply “no longer stacks up” in its current iteration – and that often means a poor deal for the consumer. First, he says, banks’ legacy systems require so much money, time and human capital that they’re having to persistently impose hidden fees and charges. Second, banks “continue to sell you often terrible products that you don’t actually need, just to keep you with them your whole life. We’re going to see these two things changing imminently.”

Blomfield is confident that he can deliver a “banking marketplace” for customers – very low revenue charges mean delivering FX for free, for example, and it will let you know via your phone if you’re about to hit your overdraft. The pace of innovation in mobile-only banking is only likely to increase. The arrival of the somewhat opaquely-named open banking Application Programming Interface (API) will enable payment-secure third parties to access the bank account data of consumers in order to develop new products and services.

This could have big benefits for “marketplace” banks like Mondo, which will be able to offer a wide range of services from third parties without having to develop them itself. “A marketplace bank will see customers access products that are the best price, service and risk for them in one place. It’s always been one big bank for all your needs; the future doesn’t have to look like that.”

Working towards this, Mondo is organising regular hackathons for developers and potential collaborators. “Rather than going to Barclays and trying to broker an agreement, for instance, we give the developers the APIs and say, ‘what can you build on this?’ – an expenses monitor, daily spend meter, integrated Uber… in the next six to 12 months, there’s going to be an explosion of powerful consumer apps.” Mondo is working closely with P2P platforms, too: imagine seamlessly lending to SMEs, making equity investments or debt factoring all from the comfort of your phone.

There’s currently a lot of noise around what social media could mean for credit scoring – from the Facebook Bank to financial startups using online behaviour to determine somebody’s suitability for borrowing. But aren’t people likely to game the system? After all, you direct your social media. And can’t neuroscience and technology enable us to go beyond this?

VisualDNA offers an underwriting service for the “unscorable world” – the 2.5bn unbanked people across the globe – via its quizzes. Its aim is to move scoring away from a stress on an individual’s credit history and towards understanding their personality – and how likely they are to default. With the world’s biggest pool of psychographic data behind it, it’s now working internationally to help banks make better informed decisions on who to lend to.

Currently operating in Russia, South Africa, Poland, Turkey, the Czech Republic and Slovakia, in addition to the UK, it’s planning to expand into India, Brazil and sub-Saharan Africa over the next 18 months, with the aim of providing around 2.8m tests. In countries that have no credit agencies or benchmarks, this is an invaluable service: “we can potentially be on par with the credit bureaus, because there are no data sets within those markets… We go through banks’ reject piles and reassess people.

To date, we’ve increased their revenues by £6m, with no increasing default rate,” says Robert Akkerman, joint chief executive of the company. But where hefty institutions do exist, the company is “trying to destruct a very conservative industry. Credit bureaus are very heavy organisations – both in the sense of the business model itself, and the bureaucracy they have to deal with. It’s not beneficial for them to change in the current environment,” says Akkerman.

In Britain, the regulatory environment makes credit agencies indispensable. So Akkerman sees VisualDNA’s service as “complementary” to what credit agencies do over here. But as Cormac Leech, director of fintech at investment bank Liberum, explains, there’s no reason why VisualDNA’s service couldn’t – and shouldn’t – be used to enhance what banks are doing. “Let’s say that I applied to a bank to get a loan. And let’s say that I am offered a rate of 7 per cent. Now, the bank could invite me to do the VisualDNA survey, which would give them a better understanding of me as a borrower. It might mean that I then get 6.5 per cent – or it might mean that it rejects me. Overlaying this kind of process on top of a credit agency scoring means that you get a more accurate reading of credit risk.”