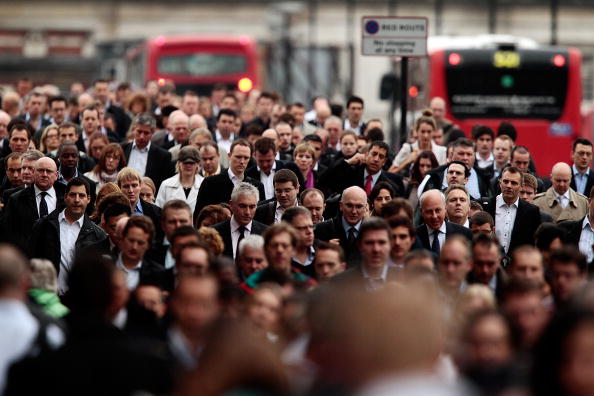 Employees in the financial services sector are consistently overworked, according to a report published today.

The vast majority (94 per cent) work beyond their contracted hours on a weekly basis and almost half do not leave the office or take a break at lunch time, a survey from recruiter Morgan McKinley showed.

Twenty per cent of financial services workers said they work beyond their contracted hours by 10 hours or more on a weekly basis in order to cope with their workloads.

Read more: More than a quarter of investment bankers say work is damaging their health

Nearly a third (31 per cent) said there is an expectation that they work overtime, but only eight per cent said they receive compensation for the extra hours.

Nearly two thirds of respondents (62 per cent) said they are available on mobile devices outside working hours, checking emails first thing in the morning and staying online while commuting and in the evening.

The survey showed 75 per cent of respondents though flexible working has had a positive impact on their company’s performance and profitability.

David Leithead, chief operations officer at Morgan McKinley UK, said: “The way in which we all work has changed dramatically. Employees have increased access to flexible working but end up working a greater number of hours every week. It is becoming a widespread dilemma.

“Employees often don’t take any kind of lunch break but feel obligated to work beyond their contracted hours. When they finally leave the office, they feel they should be available on mobile devices. This feeling of ‘not being able to down tools’ can negatively affect an employee’s wellbeing, causing mental burnout.”