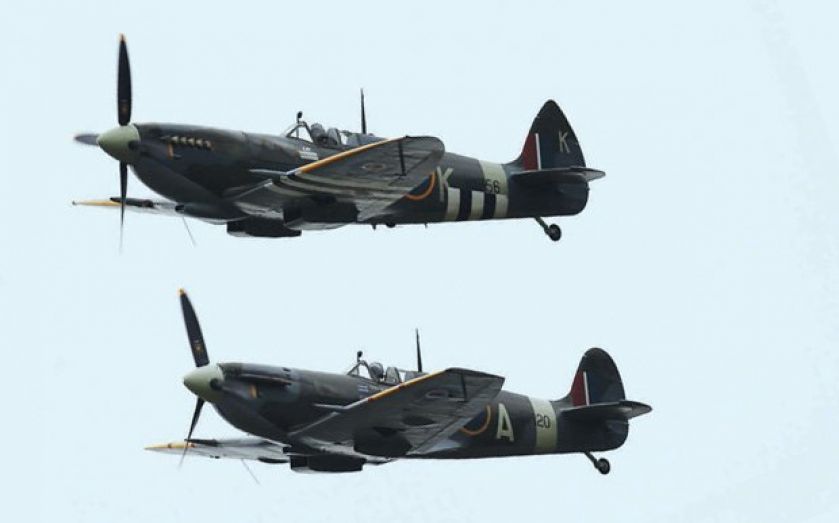 Yesterday marked the 75th anniversary of the Battle for Britain’s “Hardest Day”, when south east military bases came under attack from the German Luftwaffe, with both sides recording their greatest loss of aircrafts in battle.

The impressive commemorations involved 18 Spitfires and six Hurricanes flying over south east England. Staged from Biggin Hill yesterday afternoon, the planes took to the sky in three flight formations across the region.

▀ If you ever feel like you are the only one in the office procrastinating, snacking and nipping out for a cheeky cig in the afternoon, don’t worry. According to a new study, 2:16pm is the City-wide time for the ever-dreaded “afternoon slump”. Apparently as soon as the worker’s lunch hits the stomach, all your blood gets to work digesting and leaves the brain. So don’t feel guilty.

▀ How do you unite City workers from different companies who’ve traded blows and locked horns for years? With pop music, of course! Brokers from global giant BGC and London-based King & Shaxson will make up the house band tomorrow night at the King’s Arms, Wormwood Street. Brewing giant Greene King will be filming the evening for a brewery promotion, so bring your dancing shoes and get down to the smooth sounds of “Souled as Seen”. The funky financiers will be playing classic soul favourites spiced with some pop and rock covers from the time before negative interest rates were normal.