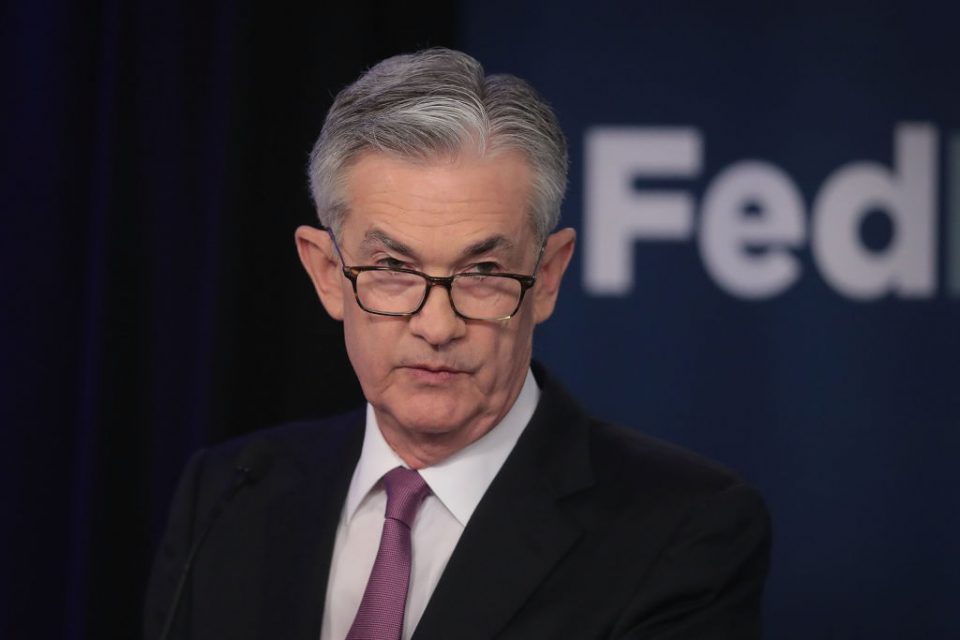 Federal Reserve chairman Jay Powell has said the central bank will “act as appropriate” to ensure that the US economic expansion continues, but gave little insight into whether the central bank would further cut interest rates at its meeting next month.

“The US economy has continued to perform well overall,” Powell said in an eagerly-awaited speech in Jackson Hole, Wyoming. “Solid job growth and rising wages have been driving robust consumption and supporting moderate overall growth.”

Yet he noted that “slowing global growth, trade policy uncertainty, and muted inflation” have all weighed on a “favourable outlook” for the US economy when he took to the stage at a central banking symposium.

His words appeared to leave open the possibility of an interest rate cut next month. Investors had hoped Powell would give a stronger signal that rates would be reduced, however, after a 25 basis points (0.25 percentage points) cut to between two and 2.25 per cent in July.

Powell noted that the US-China trade war, the growing possibility of a hard Brexit, rising tensions in Hong Kong, and the dissolution of the Italian government were all threats to growth.

US President Donald Trump, who was kept unprecedented pressure on Powell to cut interest rates, reacted furiously to Powell’s remarks, which he believed were not dovish enough.

He tweeted: “As usual, the Fed did NOTHING! It is incredible that they can “speak” without knowing or asking what I am doing, which will be announced shortly. We have a very strong dollar and a very weak Fed. I will work “brilliantly” with both, and the U.S. will do great…”

“….My only question is, who is our bigger enemy, Jay Powel or Chairman Xi?”

Investors’ expectations of a rate cut grew, however. This was indicated by the yield on the US 10-year government bond fell 6.8 basis points (0.068 percentage points) to 1.549 an hour after the speech. Yields move inversely to prices.

Stock market reaction was muted. The S&P 500 was down 0.3 per cent two hours after the bell, while the Nasdaq was 0.4 per cent lower and the Dow Jones industrial average was down 0.2 per cent.

Powell’s speech came just hours after China announced it would retaliate against US tariffs with $75bn tariffs of its own. It focused on the difficulties the ongoing US-China trade war poses to monetary policy.

Powell said there are “no recent precedents to guide any policy response to the current situation” in which a trade war was such a major factor in the Fed’s decision-making.

The Fed chair hinted that he thought government policy had an important role to play in stable economic growth.

“While monetary policy is a powerful tool that works to support consumer spending, business investment, and public confidence,” he said, “it cannot provide a settled rulebook for international trade.”

Paul Ashworth, chief US economist at Capital Economics, said he thought Powell’s speech “appears to open the door to a September rate cut” due to its name-checking of risks to growth.

He said Powell “stressed that officials are “carefully watching developments’, which sounds analogous to the “closely monitor” language the Fed last used in the May FOMC statement to indicate a rate cut was coming soon.”