FCA looks to clean up its act amid 'shameful' office mess 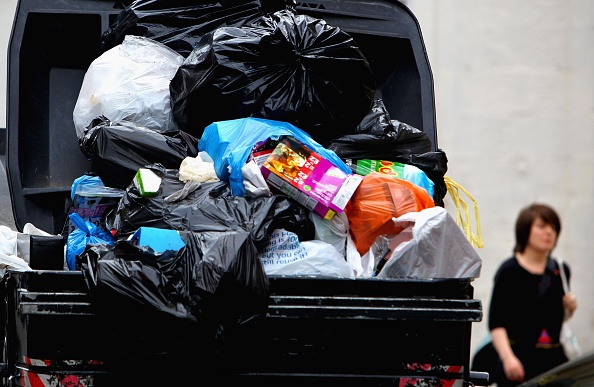 The City watchdog found itself in the spotlight today amid tales of overflowing bins, booze and messy toilets at its HQ.

A letter from the FCA’s operating chief, seen by the Evening Standard, detailed the “shameful” situation which included “defecating on the floor in toilet cubicles” and “leaving alcohol bottles in sanitary bins”.

According to the paper, the FCA chief operating officer Georgina Philippou was “appalled about the incidents of bad behaviour”, which she said was a result of a “minority of colleagues”.

The misdemeanours included “stealing plants and charging cables from desks, catering and security teams being subject to verbal abuse, colleagues defecating on the floor in toilet cubicles on a particular floor, urinating on the floor in the men’s toilets and leaving alcohol bottles in sanitary bins”.

The FCA moved to its new headquarters in Stratford in April last year.

Occupying more than 15 levels over 435,000 square feet of space, the financial regulator employs roughly 4,000 members of staff at their new base in the International Quarter London.

“I did think long and hard about whether to disclose all these behaviours because they are so distasteful and shameful but keeping quiet has not got us far in terms of changing behaviours. This kind of behaviour is unacceptable and will not be tolerated here,” Philippou wrote.

An FCA spokesperson said: “There has been a small number of incidents of bad behaviour towards our colleagues and building.  We have a duty as an employer to highlight this sort of poor behaviour and our senior management are very clear it is simply unacceptable.

“We value all of our staff and it is only right that we call out poor behaviour when we see it. Judging from the feedback we have received on the article, our staff agree.”

The FCA is currently led by Andrew Bailey, who has been tipped as a candidate to replace Mark Carney as Bank of England governor.

However, the FCA chief executive’s chances of taking the top central banking job have been in doubt over recent months following a spate of corporate controversies that have dented the regulator’s reputation.

In July Bailey faced a grilling from victims of several high-profile company scandals which have heaped pressure on the City watchdog.

Cries of “stop protecting the crooks” and “run away slimy” were shouted at the end of the crowded meeting in Moorgate, where members of the public demanded answers to their questions on fraud cases and compensation.