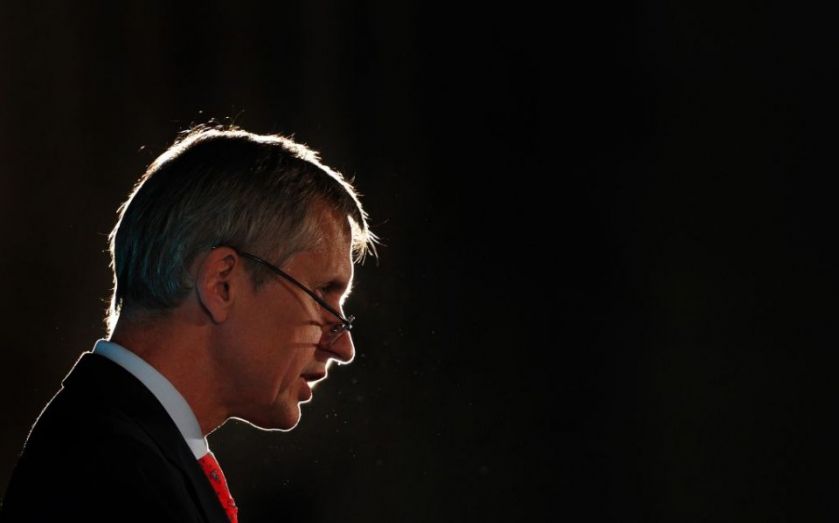 A strict new code for financial institutions places greater accountability on non-executives when regulations are breached, and means they will be guilty until proven innocent, rather than the other way around.
The proposals were outlined earlier today by the Financial Conduct Authority (FCA) and Prudential Regulation Authority (PRA), and their purpose, according to the two regulatory bodies, is to make oversight more targeted and accountability more clear.
Among other introductions, certain heads of financial firms will have to be vetted and approved by the Bank of England before being appointed, and the burden of proof will change when determining whether someone is culpable – previously it was the responsibility of the authorities to prove that a manager did not do everything possible to avoid a breach, whereas now the manager has to prove that they did.
While aimed at UK banks, the new rules will also apply to foreign bank branches in the UK.
Martin Wheatley, chief executive of the FCA, said, “Our approach is driven by wanting to ensure firms are managed in a way that reflects good governance and promotes the right culture and behaviours.

Having a narrow Senior Manager Regime will also allow the FCA to focus regulatory resources on those responsible for key business areas and board committees.
We want those senior individuals to be held accountable for the decisions they make and oversee. This is what people inside and outside the banking sector expect.

Among those affected are chairs of boards, senior independent directors, chairs of risk and audit, and nominations committees. But not everyone in a senior position will be implicated – the new regime will focus on the senior managers who have specific responsibilities relevant to the firm's safety and security.
The new rules represent the City's attempt to repair reputational damage caused by a series of scandals in recent years, such as Libor rigging and most recently the HSBC tax allegations.
In July 2013, the Bank of England announced plans to set tougher regulations on banks in the UK than were placed on banks in any other European country. It said if problems occurred under the watch of an executive, they could be sanctioned or even jailed.
Below is a list of some of the key changes that will take place once the rules come into effect. 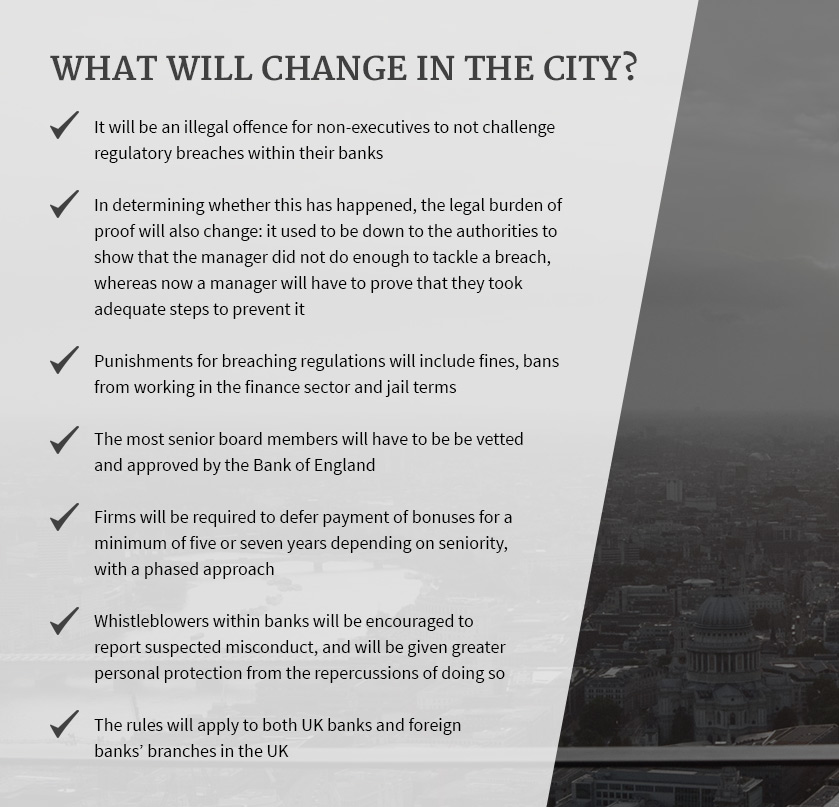