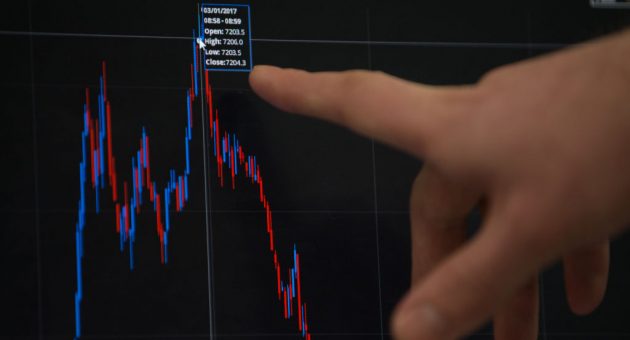 MUCH of finance is devoted to the management of risk. Yet before the financial crisis, we spectacularly misunderstood the riskiness of investments which, leveraged to the hilt, inflated a financial bubble that burst in 2007. As the fallout continues, we ask why risk management failed so epically. Many point to the scientific shortcomings of economics. A common refrain is that markets are so complex that they defy reason, that the assumed culprits of the crisis – irrationality, herd behaviour – can’t be expressed mathematically, so we shouldn’t try. But recent work by Ole Peters of the London Mathematical Laboratory rightly challenges this view. That human behaviour governs markets does not make maths futile. The problem, instead, is how time and its irreversibility have fitted into the framework of economics. Risk has two sources. The first is that the future is uncertain. The second is that time is irreversible. Choices about uncertain futures are risky because we can’t go back and try again. We must live with the consequences. Without uncertainty or irreversibility, decisions would be trivial, and economics dull if accurate. Peters criticises the common practice of gauging investments by their expected return, the sum of all possible outcomes weighted by their probabilities. This is equivalent to imagining multiple copies of ourselves in parallel universes and averaging. This is known as an ensemble average. But we live just one life and realise just one future. If we lose, we can’t ask our imaginary selves to make us whole again. In a groundbreaking paper for the Royal Society, Peters urged economists to consider another average, the time average, in which the future unfolds in just one universe over a long time. While ensemble averages run possible scenarios in parallel, time averaging runs scenarios in sequence – reflecting that previous decisions can’t be undone as time passes. This is far closer to what we, as individuals, actually experience, and is therefore the appropriate measure on which to base our investment decisions. The striking difference in how these averages measure risk is shown in a market example. Assume you have an asset priced at £100. Imagine the price first goes up by 50 per cent, and could equally by fall by 50 per cent. The ensemble average of the asset’s price would be £100. We envision two imaginary parallel markets, where the asset price falls by 50 per cent to £50 in one and rises to £150 in the other, and take the average of both. The time average of the asset’s value would be £75, however. We envisage just one universe where the asset price first rises by 50 per cent to £150, and then falls by 50 per cent to £75. The simplest physical systems, like a balloon full of gas, are what physicists call ergodic. This means their time and ensemble averages are identical. But complex systems can be non-ergodic, and this is true of many economic models – like those that describe how stock prices move and how national economies grow. Economists, investors and analysts should grasp the nettle of non-ergodicity and deploy the mathematical machinery developed in the twentieth century to handle it. Time for a Change: Introducing Irreversible Time in Economics was held at Gresham College, Barnard’s Inn Hall, Holborn, EC1N 2HH: www.gresham.ac.uk/lectures-and-events/time-for-a-change-introducing-irreversible-time-in-economics Alex Adamou is a fellow of the London Mathematical Laboratory: www.lml.org.uk