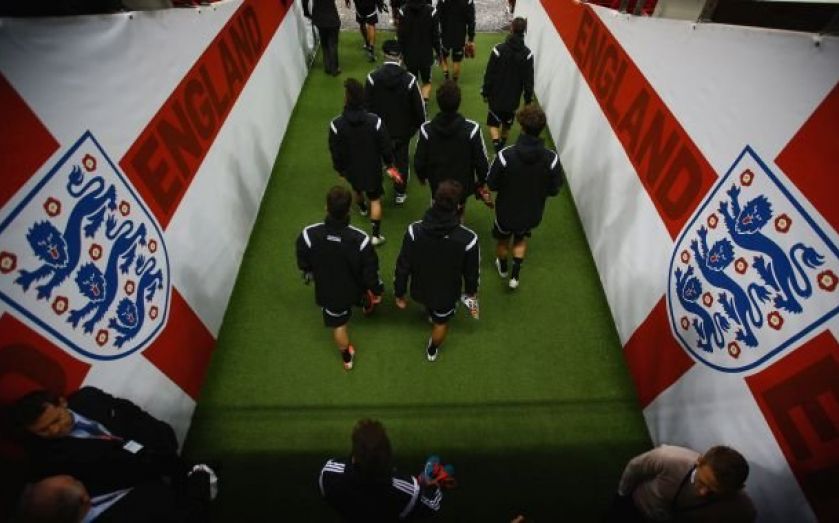 Everyone has to fly the nest at some point.
England could be moving out of "the home of football" as the FA contemplate taking the national football team on the road.
With England's game against San Marino on Thursday expected to attract the lowest attendance for a competitive international since the stadium reopened, reports suggest that the FA are considering hosting matches around the country from 2017 onwards.
According to the reports in the Times and the Telegraph, Champions League finals, Euro 2020 games and even a potential London-based NFL franchise are seen as potential options for alternative revenue streams.
England previously toured the country while the new stadium was being built between 2001 and 2007, playing at 14 different stadiums across 34 fixtures.
Old Trafford was the most popular destination, with 14 matches, but smaller grounds such as Derby’s Pride Park and Middlesbrough’s Riverside Stadium also took part.
Crowds have begun to dwindle at Wembley in recent years. Just 40,181 people showed up to watch England’s last home game against Norway in August.
Thursday night’s game is expected to a draw a smaller crowd than the 57,897 who watched England vs Andorra in 2009, currently the smallest attendance for a competitive England game at the new Wembley.

The FA would be free to take England on the road from 2017 onwards as the 10 year debentures sold to raise money for the stadium will come to an end.