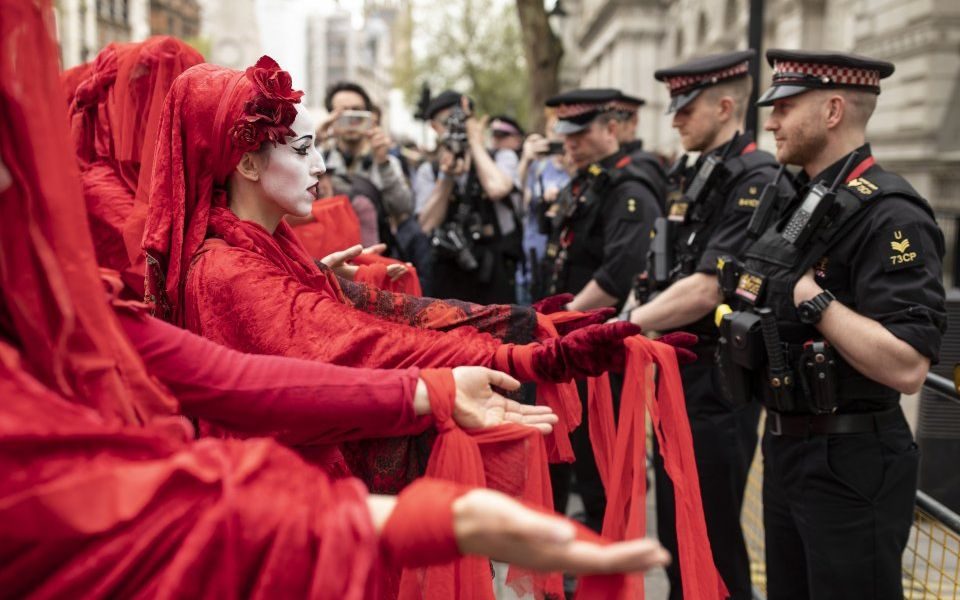 Extinction Rebellion, the eco-activism group, is planning to disrupt roads and the transport network in the City as part of a fortnight of action across the capital.

The latest planned action comes as the activists announced they would remove the remaining blockades in Marble Arch and Parliament Square tomorrow, after closing the central London landmarks for almost two weeks. Protesters were removed from Oxford Circus and Waterloo Bridge earlier this week.

City of London Police warned businesses to consider contingency plans such as working from home and removing outside street furniture, and to review building security to prevent unauthorised access.

Police urged financial institutions to brief employees on the action, bolster security and management presence and minimise the number of office entry points.

Activists staged a demonstration in Canary Wharf today, which followed another protest in the east London financial district last week.

Three activists were denied bail after they were charged in connection with a protest blocking a Docklands Light Railway train at Canary Wharf station on Thursday.

More than 1,000 activists have been arrested since the action began on 15 April, while 71 people have been charged.