Employees at the Ministry of Justice (MoJ) take more sick days than staff at any other government department, according to freedom of information responses received by City A.M.
And among the departments that gave reasons for absence, mental health issues and stress were listed as the main causes. 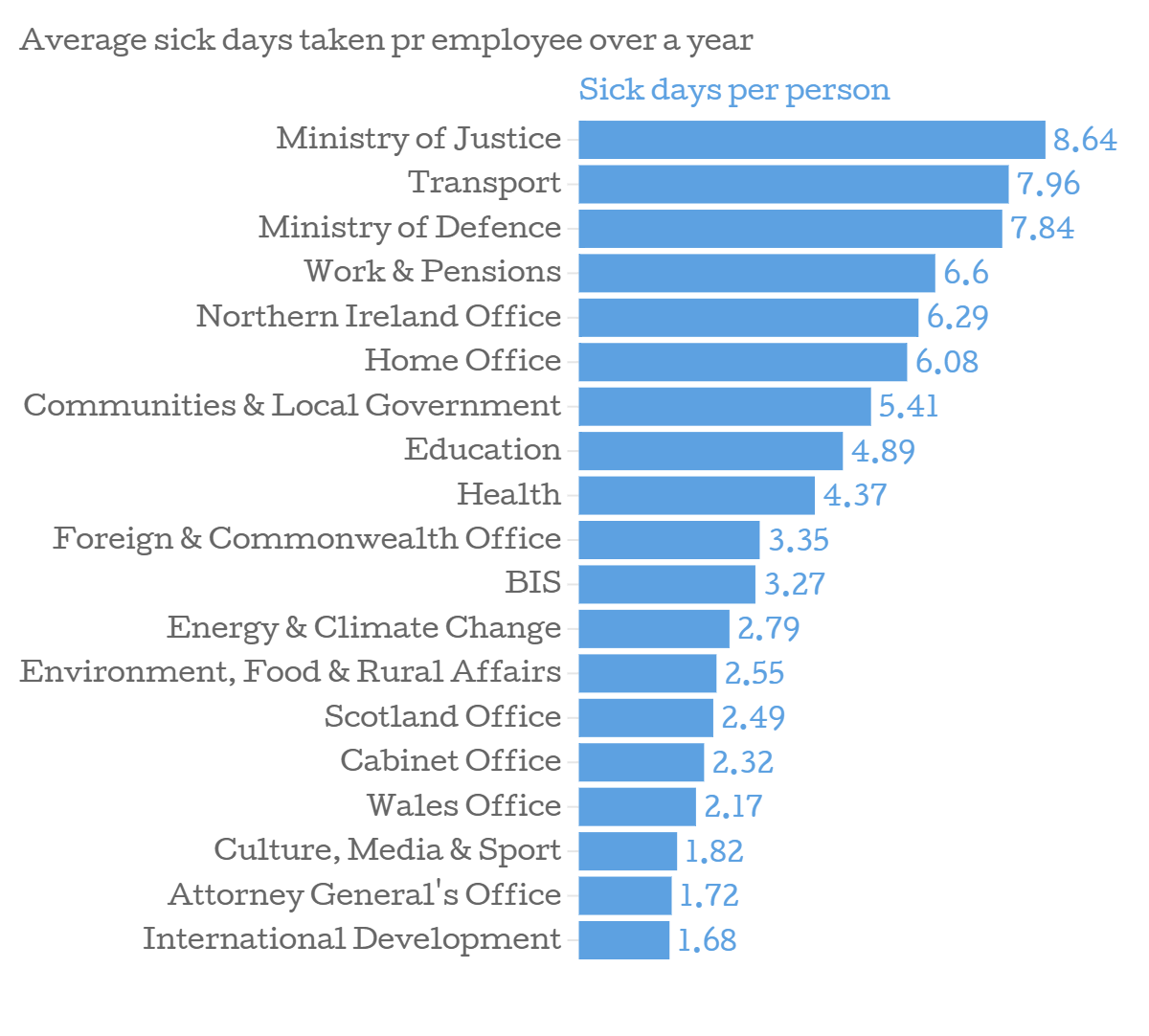 At the MoJ, the total number of sick days taken over the 2013/2014 financial year was 601,237, spread between 69,575 staff at its central divisions. This amounted to an average of 8.6 days taken off per person. In its response, the MoJ said it was “working to bring down” days lost to sickness across the department.
None of the other departments, once average sick days were calculated using the most recent absence data for a 12-month period, came quite as high.
The second sickest department according to our statistics is the Department for Transport, which suffered an average of 7.96 sick days per person during the year to 31 December 2014. The Ministry of Defence also comes high with 7.84.
Each department was asked for the main reasons given by employees for taking sick leave. Most were unable to give this information, but a few did, and in all cases mental illness or stress was the number one cause.
At the Department for Education, “mental illness” accounted for 34 per cent of sick days, while the Department of Transport and Department of Health both listed it as the main cause, without giving specific figures.
In terms of financial loss, we asked each department to share how much sick days cost them each year, and those who gave answers came back with very large figures.
The Department for Environment, Food & Rural Affairs said the 5,423 sick days taken by its 2,127 staff last year cost it an estimated £942,218. For the Department of Energy & Climate Change, the cost for the equivalent period was £1.48m. The Foreign & Commonwealth Office reported the highest cost of £1.65m.