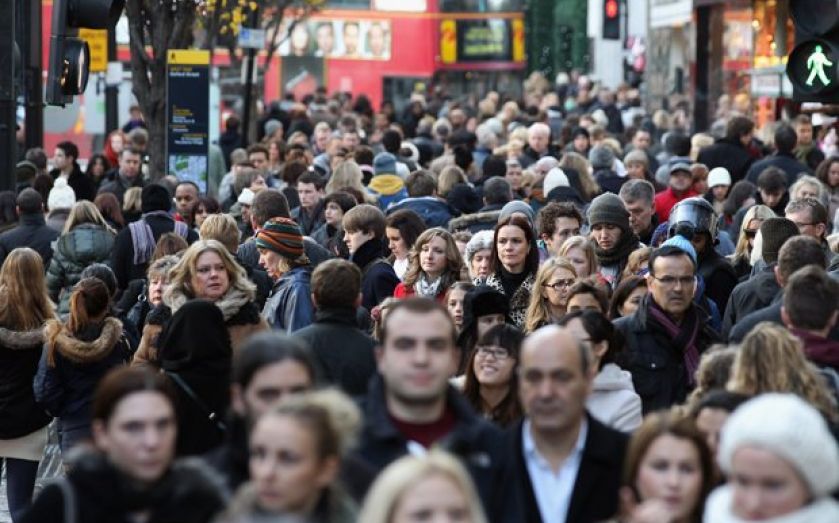 THE EUROZONE’S economy has enjoyed a strong start to the year, business surveys revealed yesterday, despite separate figures pointing to a disastrous December period for the currency bloc’s retailers.

Output in the euro area economy grew at its fastest rate since June 2011 last month, according to Markit’s widely-regarded purchasing managers’ index (PMI).

However, Brussels statistics office Eurostat painted a gloomier picture, with news that retail sales were down 1.6 per cent in December compared to November – one per cent lower than a year earlier. 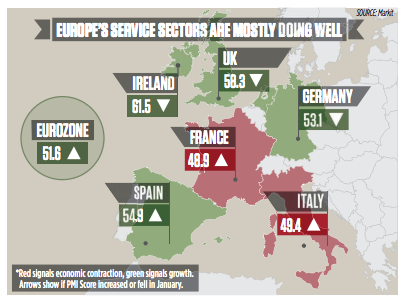 The dire figures from the Eurozone’s high streets reflected the sharpest monthly fall in two and a half years. Germany and Spain weighed the numbers down, with retail sales down 2.5 per cent and 3.6 per cent respectively on the month.

Nonetheless, the single currency area is expected to post a reasonable level of economic growth in 2014, with leaders hoping that the PMI figures bode well.

The Eurozone’s composite PMI – which incorporates most parts of the economy, including manufacturing – rose to a score of 52.9 in January, up from 52.1 in December.

All figures above 50 indicate economic growth.

Germany, the bloc’s largest economy, drove the expansion, with a composite score of 55.5 – its highest level in over two and a half years.

Meanwhile outside the Eurozone, the UK’s services sector saw its PMI score dip to 58.3 in January, from 58.8 at the end of last year. The number disappointed analysts, yet many were quick to note that it still points to robust economic growth.

“The sub-components still make excellent reading, with the key employment index moving higher, along with the outstanding business index which, at 55.3 stands at its highest since 1997,” said Nick Beecroft, of Saxo Capital Markets. “At this rate first quarter growth is looking like being one per cent.”