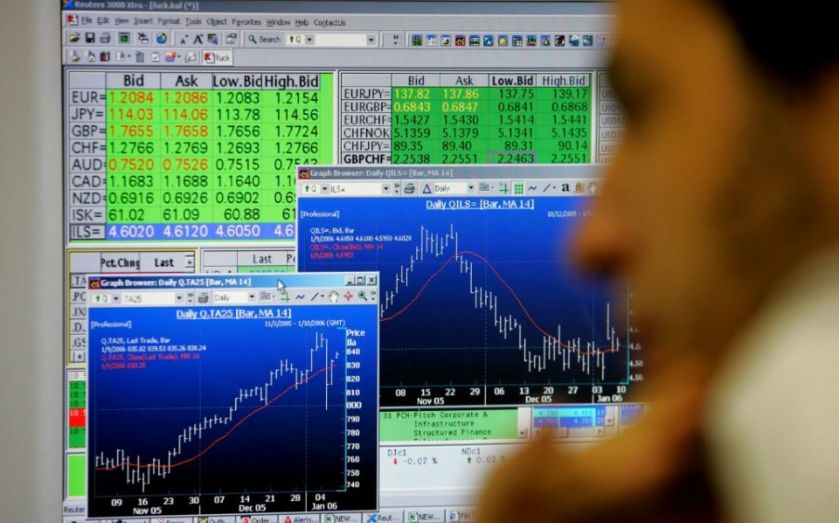 Investors continued to binge on European shares today pushing the main index to a seven-and-a-half year-high, largely due to the European Central Bank's €1.1 trillion (£834bn) bond-buying programme which got underway last week.

The FTSEurofirst 300 index jumped as much as 0.1 per cent to 1,596.94 points in early morning trade today. This comes after it climbed to its highest level in seven years yesterday after hitting 1,598.03 points.

The index, which has swelled 16.5 per cent so far this year, has been helped by the European Central Bank's "bazooka" which will see it give the ailing Eurozone a monthly injection of €60bn (£70bn) for at least 19 months.

The ECB said yesterday that it had purchased €9.571bn (£6.841bn) of debt in the first three days of the public sector bond buying programme, which began last Monday.

However, the drastic measure already appears to be having an impact on the single currency's struggling economy, as consumer prices came in at -0.3 per cent for February, beating analysts' expectations.