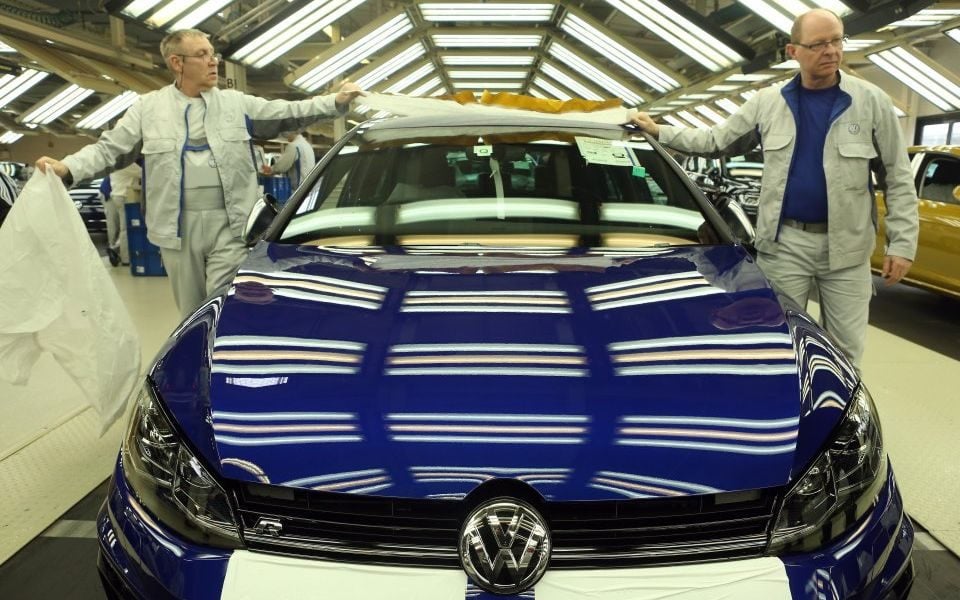 Global stock markets have rallied after US President Donald Trump was reported to be planning to delay tariffs on car imports by up to six months.

Investors had been in sell-off mode amid heightened trade tensions between the US and China, but their sentiment improved following the news.

European car makers in particular benefited. BMW’s shares were up 1.9 per cent following a sharp just after the news was reported by CNBC, while Volkswagen saw a similar bump which trimmed its losses for the day to 0.1 per cent.

In Europe, Germany's benchmark Dax index reversed its downward trajectory, swapping a 0.5 per cent fall for a 0.7 per cent rise. France's CAC 40 also came out of the red, rising 0.3 per cent just after 4pm UK time.

The Dow Jones industrial average rose 0.2 per cent after opening down, while the S&P 500 trimmed its early losses to rise 0.3 per cent.

The EU has recently come under pressure from Trump’s aggressive global trade policy. The two sides have fought a war of words over tariffs, with each accusing the other of unfair subsidies for their aeroplane and aerospace industries.

Last month EU member states voted to kick off trade talks with the US. Economists said a key aim of the bloc, and in particular Germany, in the talks would be to avoid tariffs on its car industry.

Trump has long held the threat of tariffs over the heads of Europe’s car manufacturers. He postponed plans for such tariffs in July 2018 but kept levies on steel and aluminium, imposed in March of that year, in place.

The President has in the past said he could invoke national security concerns to impose tariffs up to 25 per cent on cars.

A formal announcement of Trump’s decision, which covers all car imports, is due on Saturday.

The news was positive for Japan, with shares in Toyota rising one per cent today on the New York Stock Exchange, while shares in Nissan climbed 0.2 per cent.

Chris Beauchamp, chief market analyst at IG, said of the market reaction to the tariff delays: “After the first serious pullback in months, and one that actually lasted several days rather than several hours, it was always going to be interesting to see if there was any fresh money prepared to enter and drive markets higher.”