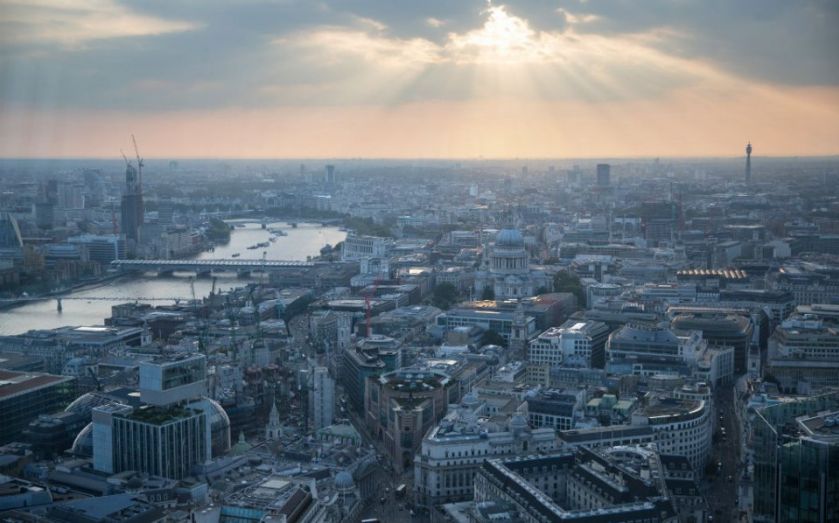 London once again dominates in a new list of the hottest European FinTech startups as the capital continues to put its backing behind the sector's growth.

Businesses from the capital represent almost half of those chosen as the FinTech companies to watch in 2015 by a panel of senior executives from across the world of finance, investment and technology.

Some 24 London-based companies have made FinTechCity's Fintech50, a list of 50 startups considered game-changers, or have the potential to become major players in the FinTech sector, due to their growth, disruption and market impact.

The firms were decided by a panel which included judges from Google, Microsoft, American Express, Santander, Silicon Valley Bank and a selection of venture capital firms working in the city.

London's well-known FinTech firms such as TransferWise, Funding Circle and Nutmeg, are joined on the list by smaller startups from the capital such as Commuter Club, Osper, and Algomi.

Mariano Belinky, managing director of the Santander Innoventures Fund and a member of the panel, credits London’s vibrant FinTech community with the city’s success and giving it the ability to rival other FinTech hotspots around the world

“There is a great network of both public and private organisations working together in London to create a vibrant ecosystem and community to support FinTech companies,” Belinky told City A.M. “This network gives London a great advantage over other FinTech centres around the world, and I expect to see London maintain the momentum it has created.”

Belinky cites organisations such as FinTechCity, the group behind the FinTech50, the London Mayor and Level 39 as well as funds like Santander’s Innoventures and other major international banks for creating a culture for London to lead in the FinTech space.

Boris Johnson is due to lead a delegation of London’s fintech firms to New York next week, following shortly after a similar mission to Singapore and Malaysia, while Canary Wharf’s Level 39 has opened new space in its startup incubator to house the expanding firms and entrepreneurs working in the sector.

More than half of all European venture capital investments in FinTech made last year went to London firms, amounting to a record $539m (£342.6m) of funding and the sector employs more people – 44,000 – than New York or Silicon Valley.

“The confluence of conditions after the harsh realities of the economic storm are bringing forth some incredibly fresh new startups. Entrepreneurs are leaving financial institutions brimming with insight and ideas to make things better. Combine this wisdom with the stimulus of investment capital, the affordability of cloud and mobile platforms, the pent-up desire for change from  digital natives and you have the potential for something very good to happen,” said Peers, “And it is.”

Santiago Tenorio, global innovations and partnerships director for American Express, said: “The growing rate of VC activity and recent bets by top-tier Silicon Valley investors is an indication that the scene is hot. It’s also encouraging to see a growing spirit of collaboration between the FinTech startup community and established financial services firms.”

TransferWise is just the most recent London FinTech firm to attract significant funding, closing a round that values it at the almost mythical $1bn (£663m) mark.

Data analytics, payment models, mobile payments and alternative funding mechanisms are just some of the areas of growth, said Chris Hill of law firm Kemp Little, a supporter of the event, "all of them innovatively harnessing the power of technology to make real-world improvements in the way the financial sector operates," he said. "Whilst it’s currently far from clear which of the new products out there will ultimately gain traction in the market, there are certainly plenty of great ideas to choose from,”

Silicon Valley Bank, the US-based firm which funds startups and VCs, believes any one of these London firms could become hugely valuable down the line.

“London already has some $1bn valuation startups, namely Monitise, Powa and Transferwise,” said Alex McCracken, managing director of venture services at the bank and a member of the 20-strong panel of judges. “From my perspective, some of the peer-to-peer lending platforms are also close to the $1bn ‘unicorn’ valuation and will likely reach this milestone in their next funding rounds or at exit,” he told City A.M.

McCracken says London has already grown from having just one or two outstanding FinTech companies in each category such as payments, asset management, lending, big data, foreign exchange,  or software, to the panel now seeing a host of strong candidates for the annual list, now in its third year.

"[What stood out is] the high quality and growth of companies that were just formed a few years ago, and yet now have significant transaction volumes, revenues and users. These businesses are disrupting incumbent financial services institutions," said McCracken.

And why is it that London at the forefront of this? “London has key advantages through its geographic and time zone location, which has meant that many of the worlds’ banks have their headquarters in London," McCracken explains. "This enables them to trade with Asia in the morning and the United States in the afternoon.

"For this reason, FinTech companies in London have many of their key customers, staff and technology partners in a few concentrated miles of London, as well as some very active venture capital funds. These venture capital firms are then able to see the potential in these disruptive companies and provide early stage risk capital to help them set up and grow,” he added.

London's FinTech50 ones to watch