Euro falls against the dollar to its lowest in 15 months 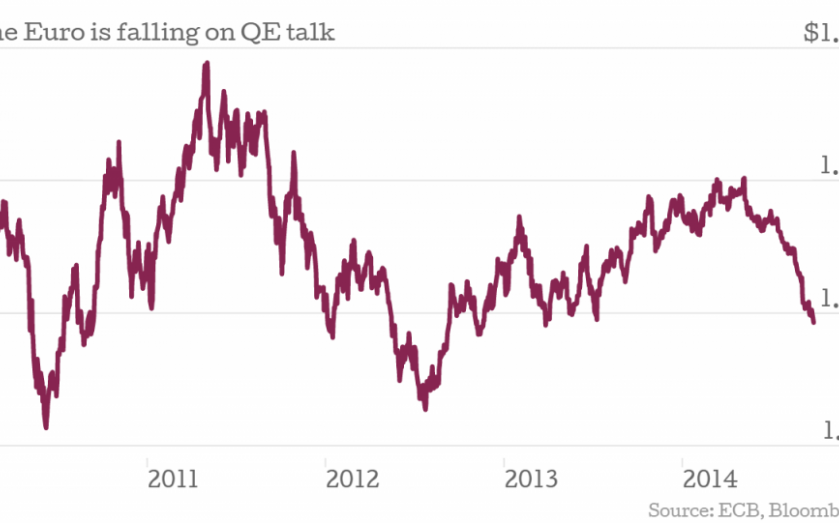 And down goes the Euro.

Unemployment remains too high in the Eurozone, GDP remains too low and inflation is in Draghi's less-than-one-per cent danger zone.

And the good news doesn't stop there. Germany's manufacturing sector, long a bulwark of its economy, has seen limp numbers of late and France has had to admit it will continue to miss deficit reduction targets.

The raft of weak data has led to increased speculation that there is some fairly loose monetary policy on the way courtesy of the European Central Bank.

Draghi himself said in a speech this week that he was prepared to take more unconvetional tools from his box.